STREAMS ON THIS PAGE
Free for all audiences

In connection with the exhibition Climate Changing: On Artists, Institutions, and the Social Environment, The Box features In/Stability, a two-part video program that responds to questions surrounding the environment, access, and mobility.

Part one, Apocalyptic Landscapes, features two works that critique the consequences of military and agricultural activity on our planet. Both works will be on view in person when our building reopens in late January through February 28, 2021 (watch this site for details). Frank Heath’s video will be available to stream on this page January 1–February 28, 2021. Part two, Transmission and Translation, will screen March–April.

Apocalyptic Landscapes features a pair of videos by artists Frank Heath and Monira Al Qadiri that share a common interest in the relationship between ecological fragility and the role of the apocalypse in cultural imagination. Heath’s Midnight Sun explores the Svalbard Global Seed Vault, a doomsday facility designed to safeguard global agricultural production against the threat of ecocide. Al Qadiri’s Behind the Sun focuses attention on the 1991 Kuwait oil field fires, reframing an iconic scene of environmental devastation in terms of the popular culture and politics of the Islamic world. Played against the backdrop of today’s deepening global climate crisis, these videos demand that viewers think critically about the landscape’s role as a site of and metaphor for the “end-times.” In different ways, Heath and Al Qadiri each offer strategies for defamiliarizing the image of ecological catastrophe, unsettling our sense of the where of apocalypse—and forcing us to confront the who of ecological (in)justice. Whose land bears the scars? Whose hands will dress the wound?

Midnight Sun is the third episode in Frank Heath’s On the Beach series, an ongoing project inspired by Nevil Shute’s eponymous 1957 postapocalyptic novel and commissioned by the curatorial platform Triple Canopy. The video opens with a view of Svalbard, an archipelago situated halfway between Norway and the North Pole. As the camera pans across the rugged coast, tracking the horizon line between mountains and sea, a man’s voice recounts a hallucination experienced at a busy supermarket—an unnerving vision of the sun at midnight, which he describes as an “inverse eclipse”—to a customer service rep, whose patience is tested on the other end of the line.

The subject of this narrative is Peter, the series’ fictional protagonist, whose grocery-store hallucination relates to his recent trip to the Svalbard Global Seed Vault, a cold-storage facility built beneath the permafrost on the island of Spitsbergen. Operating since 2008, the Seed Vault serves as an emergency lending library to the world’s agricultural producers, housing backup copies of genetic material in case of disaster. Invited to Svalbard for a residency in July 2018, Heath secured permission to film in the vault and is guided by an engineer named Bente, who tours him around the facility and reflects on the difficulties—and pleasures—of life on Spitsbergen. More than a mere spokesperson, Bente offers insights into the island’s human ecology, noting wryly that “you can’t be buried here”—a nod to the unyielding permafrost, which, by forbidding underground burials, metaphorically privileges life over death.

In his conversation with the customer service agent, Peter attempts to convey the disconnect between two realities: on one hand, the mundane tribulations of the grocery checkout line; on the other, the looming threat of human and ecological extinction. Rather than sustain this binary opposition, however, Midnight Sun suggests the mundanity of apocalypse in our already unstable world system. Declared terra nullius—land without sovereignty—on its discovery in the 16th century, Svalbard became a microcosm of international competition, hosting dueling Norwegian and Soviet settlements during the Cold War. Long since abandoned, the ruins of Soviet occupation punctuate the barren landscape, offering a haunting testament to the fragility of empire. Political instability continues to inform the life of the islands, as Bente observes: following the destruction of a gene bank at Aleppo, the Syrian government was forced to withdraw a third of its holdings at the Seed Vault in order to stave off famine. (HD video, 15:30 mins.)

Image courtesy of the artist

Created 10 years after the second US invasion of Iraq, Behind the Sun looks back to the disastrous final months of the first Gulf War. Between February and April 1991, retreating Iraqi troops sabotaged Kuwait’s oil infrastructure, breaking pipelines and setting fire to the oil fields in a final act of defiance, resulting in an unprecedented ecological catastrophe. Burning uncontrollably for a period of months, these fires consumed between four and six million barrels of crude oil per day, belching several thousand tons of noxious gasses into the atmosphere in the process. The largest petroleum-related disaster to date, the conflagration in Kuwait prompted international outcry, attracting, among others, German filmmaker Werner Herzog. His lugubrious film Lessons of Darkness (1992) supplemented aerial footage of the event with a Wagnerian score and quotations from the Book of Revelations, cementing the image of the fires in the canon of documentary cinema.

Although artist Monira Al Qadiri only seven years old at the time of the first Gulf War, she recalls having seen Herzog’s film on VHS shortly after its release—an experience that left her dissatisfied with its detached vision of the oil field fires, and confused about the European director’s claim to know, let alone understand, events in Kuwait. Years later, in 2013, Al Qadiri set out to make her own, decolonized version of Lessons of Darkness, adapting the documentary’s basic format while rejecting—and slyly renegotiating—the film’s Eurocentric, God’s-eye view. In researching the project, Al Qadiri became connected with an amateur photographer, Adel Al Yousifi, who had photographed and videotaped the fires from the ground during the war, risking his life to capture a first-person view of the burning infrastructure. A tongue-in-cheek homage to Herzog, Behind the Sun juxtaposes Al Yousifi’s handheld footage of burning oil fields and billowing smoke with archival audio extracted from Islamic television broadcasts of the era, trading Christianity’s view of apocalypse with one closer to home. At the time of the first Gulf War, traditions of religious mysticism had not yet been fully purged from Islamic culture, and readings from Sufi poetry often filled airtime between television programs set to imagery of unblemished nature. Reworking this audiovisual overlay in Behind the Sun, Al Qadiri replaces the sublimity of natural splendor—a theme the Sufi poets shared with Herzog—with the raw sight of war. A male reader declares the perfection and sublimity of divine creation in a deep, authoritative basso; meanwhile, Al Yousifi’s shaky hands capture a precarious view of life on the ground. (video, 10 mins.)

In/Stability is organized by Dareen Hussein and Anna Talarico, graduate students in the Contemporary Art and Curatorial Practice MA program. 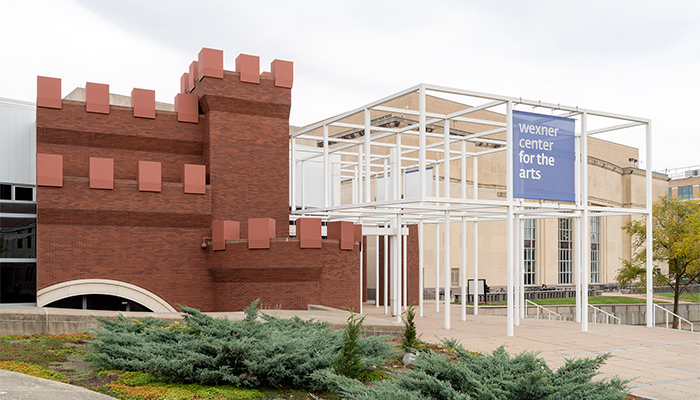 Climate Changing: On Artists, Institutions, and the Social Environment 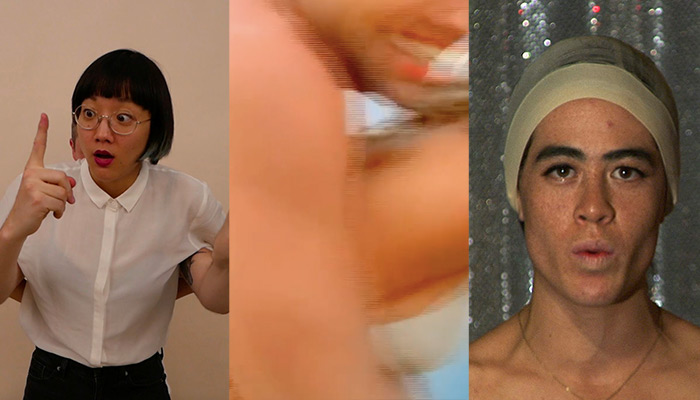 STREAMS ON THIS PAGE
Free for all audiences