“One of the most lauded productions to come out of this year’s Edinburgh Festival...inspired…5 stars.”—Oxford Times

The specter of black-clad Eric Harris and Dylan Klebold methodically gunning down their classmates at Columbine High School; Anders Behring Breivik’s savage attack at a campground in Norway; deranged gunman James Eagan Holmes unleashing terror in a movie theater in Aurora, Colorado; Adam Lanza’s sickening assault at Sandy Hook Elementary School; T. J. Lane’s smirking, unrepentant display in court after shooting down students at Chardon High School, here in Ohio. Each of these horrifying events and similar senseless incidents have torn at our hearts and left us wondering what has happened to our world.

One of the major highlights of our 25th Anniversary Season, The Events is an award-winning play that insightfully deals with the aftermath of a tragic mass shooting event and its reverberating impact on its immediate community. Penned by Scottish playwright David Greig (writer of The Strange Undoing of Prudencia Hart, which sold out at the Wex) and played by outstanding cast members from Britain’s Actors Touring Company, each performance of The Events features a live choir. In Columbus, that ensemble of singers is drawn from acclaimed community choir Harmony Project, which serves a Greek chorus for this incisive drama. Known locally for their inspiring music and dedication to community activism, Harmony Project are ideal partners for this remarkable production.

The Events tells the story of Claire—an enthusiastic and engaged female priest who leads a choir in a community setting. Claire experiences something terrible: a young man she vaguely knew turns a gun on those who “aren’t from here” in a misguided attempt to make his mark on society. The Events is not a depiction of such terrible events, and the play is not filled with violent acts. It follows Claire’s attempt to understand how someone could do such an awful thing, and how this struggle leads her on a path that comes close to self-destruction. Ultimately, Claire finds her peace and retakes her place in society as the play offers a timely exploration of how communities respond to acts of unthinkable transgression.

Since its debut in 2013, The Events has drawn critical praise on both sides of the Atlantic. As an Oxford Times review effused, “Greig’s art affirms that even broken, baffled humanity can mend, and sing on,” while a Daily Telegraph critic called the play, “probably the finest, most important thing Greig has written.” The New York Times declared The Events “the best new play yet to play in New York,” where it won’t debut until February 2015. Be among the first to see The Events in the US this fall, right here at the Wexner Center, in masterful and truly thought-provoking performances that will touch you in the way only compelling live theater can.

In Columbus, each choir performing in The Events is drawn from members of the acclaimed community choir and service organization Harmony Project. Through singing and community activism, Harmony Project has emerged as a significant presence on the Columbus scene and is an ideal partner to highlight one of the central themes of the play: how do we define community? Over the years the Wexner Center has placed emphasis on the ideas that inform the art of our times as well as spearheaded many important partnerships with other Columbus arts organizations—including inviting Harmony Project to participate in this presentation of The Events.

A nonprofit organization whose mission is to connect Columbus residents through art, education, and volunteerism, Harmony Project provides opportunities for individuals of different cultures, religions, ages, affiliations, and orientations to work together for our common good. In addition to the 200+ member Harmony Project Choir, which presents two concert series annually in addition to multiple performances throughout the year, Harmony Project’s activities include the award-winning One Neighborhood effort, which brings together volunteers to clean and paint storefronts and landscape abandoned lots, and South High Harmony, an after-school program that helps students develop as performers and community service organizers. The result of these endeavors is a stronger, more inclusive community.

For more information about Harmony Project and its mission, please visit harmonyproject.com

Post-performance discussions with members of the Ohio State community and Actors Touring Company follow several performances. We hope you will stay and join in the conversation.

The Events was commissioned and developed by Actors Touring Company, London, and Dramatikkens hus, Oslo and first performed at the Traverse Theatre, Edinburgh, on 4th August 2013.

This presentation of The Events is made possible with the support of the British Council and Puffin Foundation West, Ltd.

This presentation is also supported by the Arts Midwest Touring Fund, a program of Arts Midwest that is funded by the National Endowment for the Arts, with additional contributions from the Ohio Arts Council and General Mills Foundation. 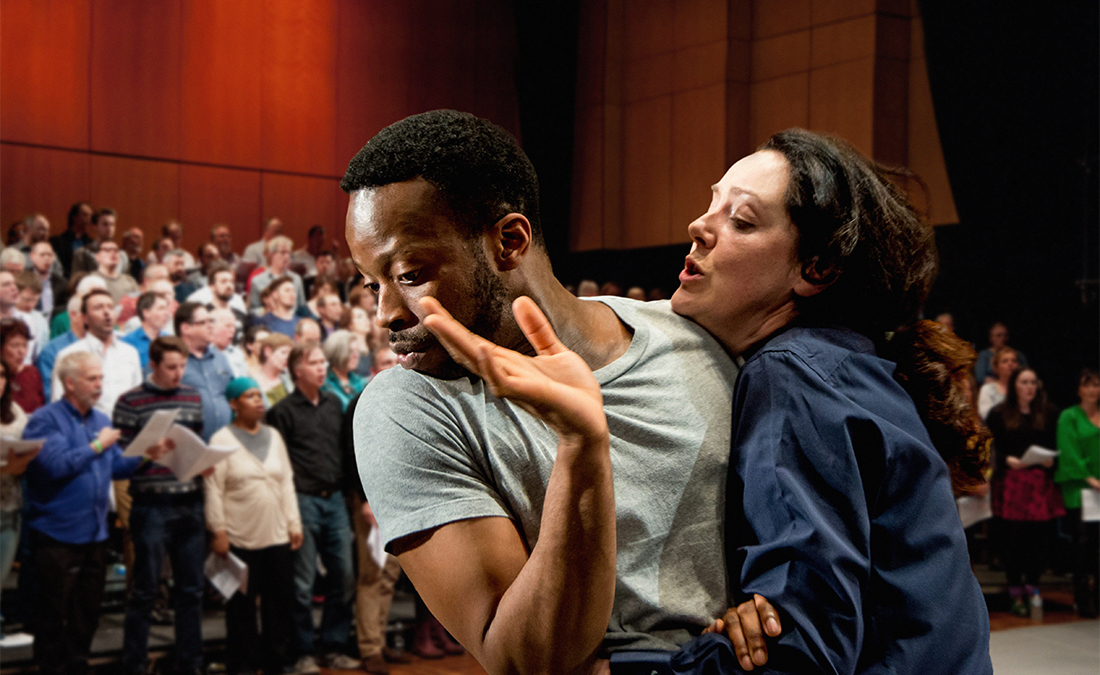 The Events; All images by David Levine 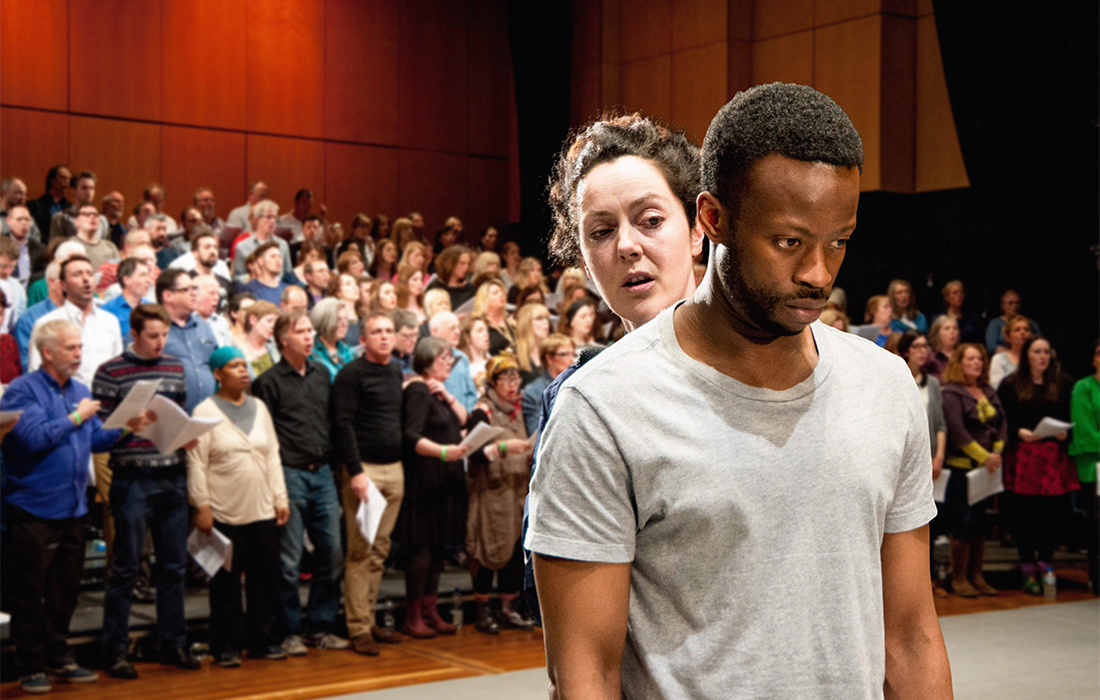 The Events; All images by David Levine

SUPPORT FOR THE EVENTS