The Wexner Center for the Arts at The Ohio State University announces its Wexner Center Artist Residency Award recipients for 2018–19.

Each year, a total of $200,000 is invested in the work of contemporary artists across the center's three program areas—visual arts, performing arts, and film/video. Artists who receive the annual awards are chosen by the center's curators and director for their commitment to exploring and advancing contemporary art, thereby propelling the center's laboratory mandate while further distinguishing Ohio State as an engine for original research.

Director Sherri Geldin notes, "From the very inception of the Wex nearly 30 years ago, a generous Artist Residency Award program has been at the core of our mission. This sustained commitment to artistic exploration and practice permeates the very ethos of the institution across all creative disciplines, and has spawned remarkable work over the years."

In addition to financial support, Artist Residency Award recipients gain access to technical, professional, and creative capital from Wex staff and facilities, and they're given the freedom to determine how and when the award will be used. In accepting, artists agree to work with Wexner Center staff to engage with faculty experts and students and to share their experiences and creative processes in an educational setting. A list of past Artist Residency Award recipients is available here. 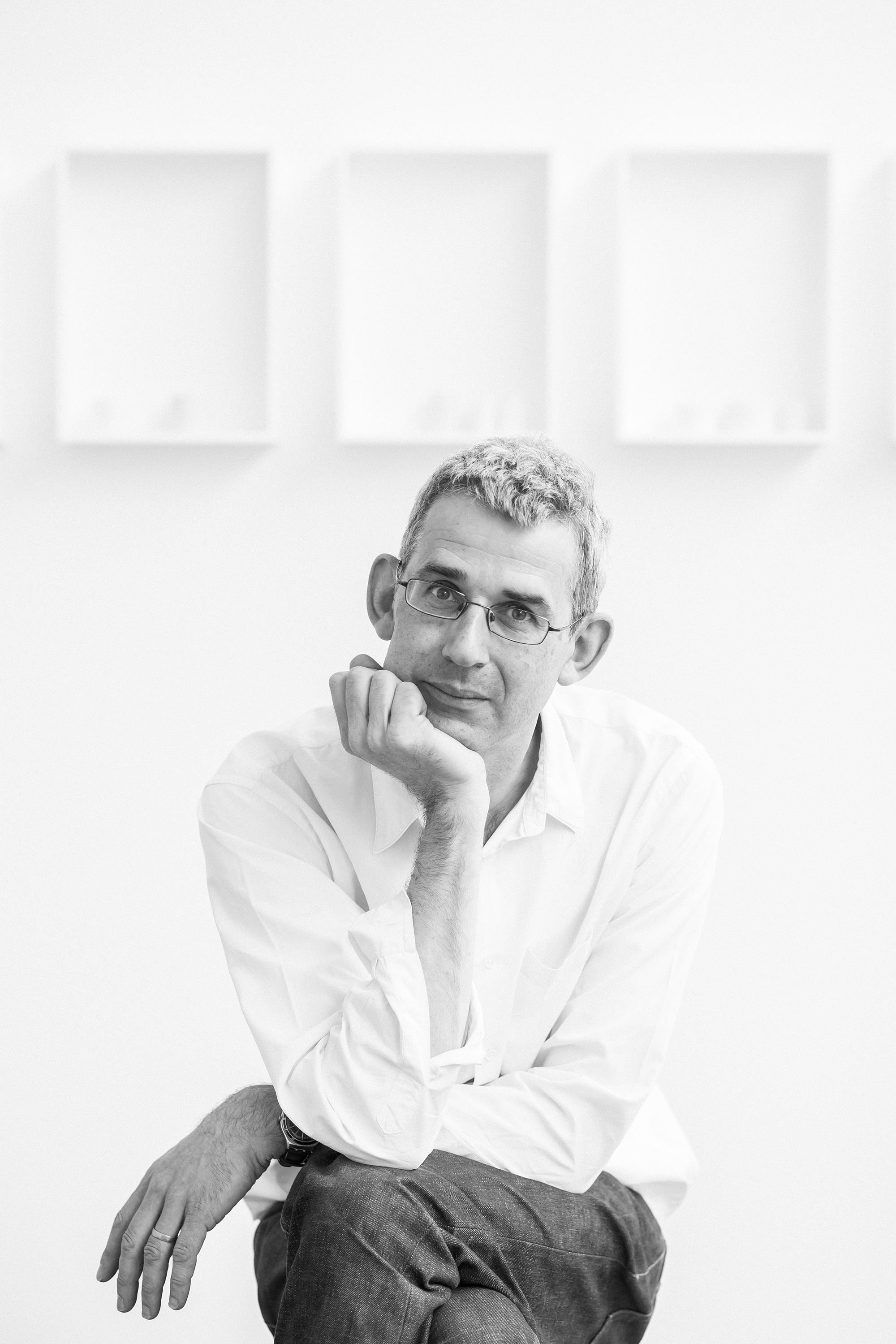 Based in London, Edmund de Waal has developed an international reputation in the art world as a master of pottery, bringing refinement and passion to its creation and expanding the limits of how it's exhibited. De Waal is also an accomplished author who gained broader recognition in 2010 with his moving family memoir, The Hare with Amber Eyes: A Hidden Inheritance, a global bestseller.

The artist's studio-based practice is deeply informed by literature, and in his latest book, 2015's The White Road: Journey into an Obsession, his literature is informed by his art practice as he recounts his travels around the world to understand the "white gold" of porcelain.
As his writing makes clear, de Waal is extraordinarily sensitive to the lives of objects, a quality also evident in a number of acclaimed exhibitions he's curated and designed. In these, elements from the existing collections of institutions and individuals are repurposed for dramatic, sculpture-like installations.

He's also explored interests in architectural experimentation and music. This has led to various exhibitions and his production of set designs for a new piece commissioned by the Royal Ballet from British choreographer Wayne McGregor on the occasion of the Leonard Bernstein centenary.

De Waal is represented by Gagosian Gallery. He'll be in residence at the Wex in 2019, researching an ambitious exhibition to debut here in 2020. 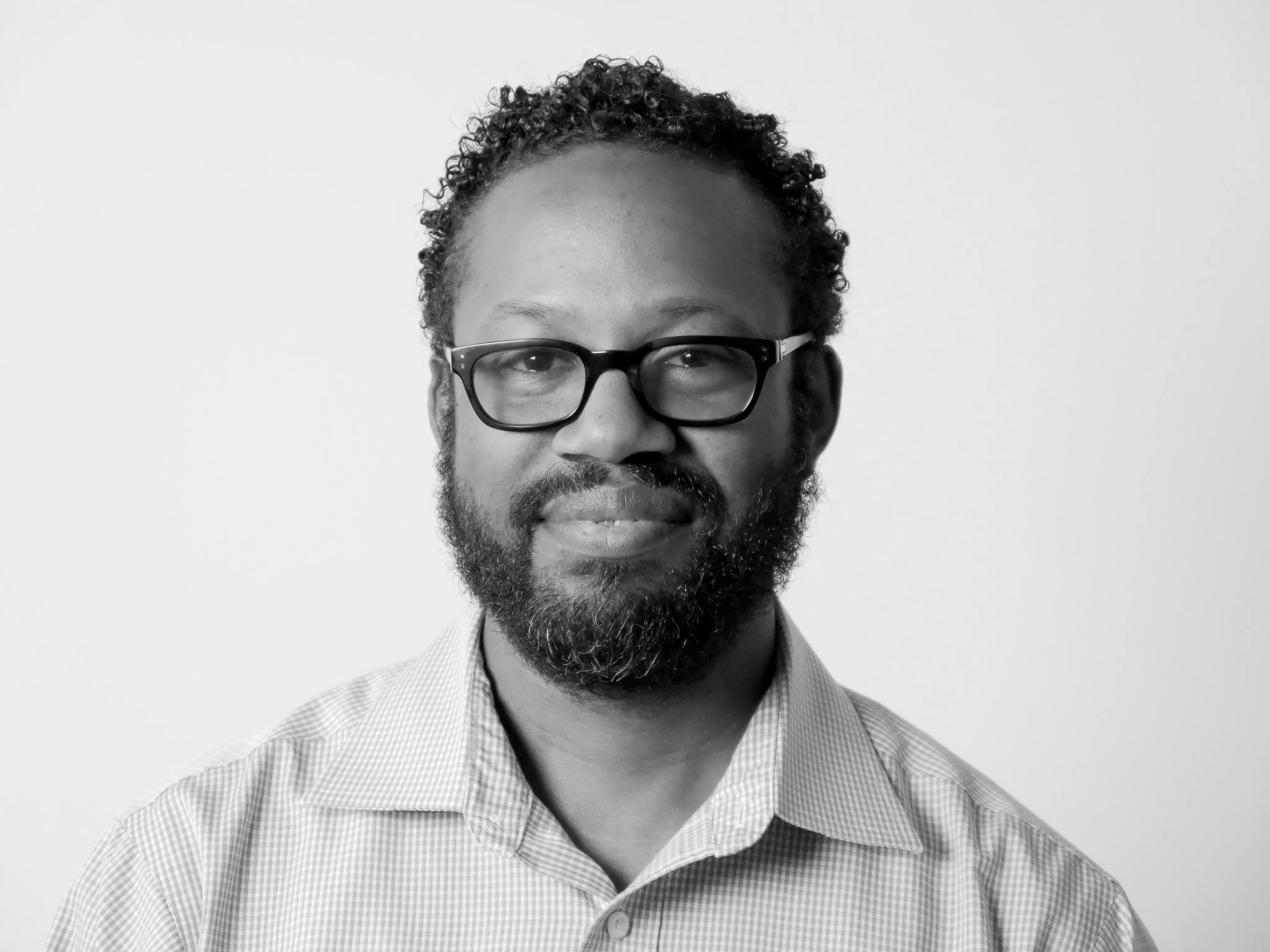 Columbus-based Mark Lomax II is a critically acclaimed musician, composer, activist, and educator who's performed with gospel choirs around the country and worked with jazz artists such as Delfeayo Marsalis, Clark Terry, and Bennie Maupin. A local treasure, the artist uses his talents to explore the spiritual and sociopolitical aspects of African American art and to build bridges in the community.

The Artist Residency Award will support completion of 400: An Afrikan Epic. For this ambitious 12-album project, Lomax focuses on the story of black America over the 400 years between the start of the transatlantic slave trade and today, but delves further back into precolonial African history and pushes beyond the present with an Afrofuturist vision of community strength and union.

With 400: An Afrikan Epic, Lomax celebrates the resilience, brilliance, strength, genius, and creativity of a people who continue to endure while offering an inspired view of the future. The release of the albums on January 23, 2019, will be celebrated by a live performance of selections from the work at Columbus's Lincoln Theatre on January 26, 2019. 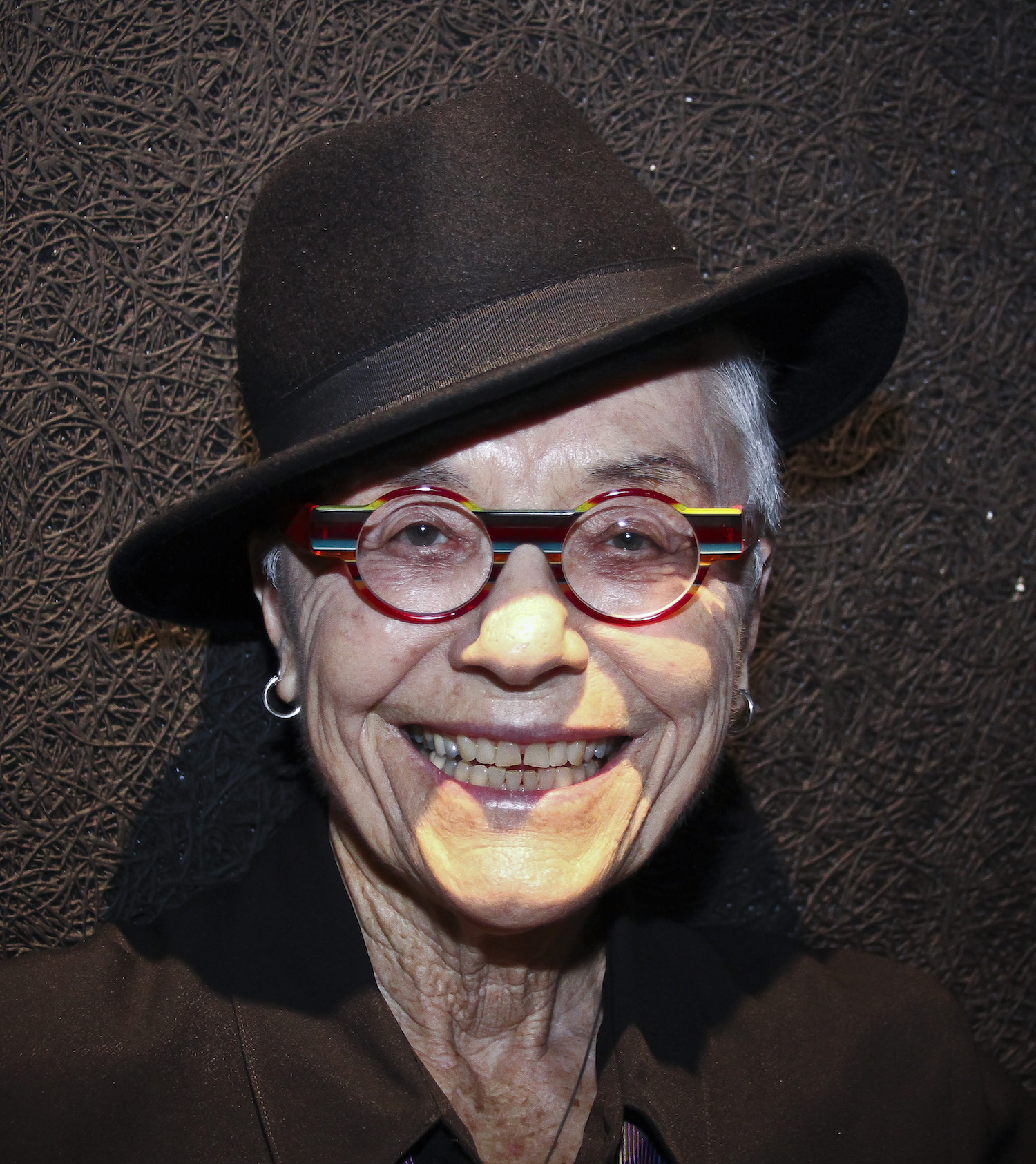 Barbara Hammer is entering the second phase of a two-year Artist Residency Award from the Wex, after wrapping her 2018 project, Evidentiary Bodies. Completed with assistance from Wexner Center Film/Video Studio editor Paul Hill, the work had its world premiere in February at the 2018 Berlin International Film Festival.

For year two, the legendary film and video artist will collaborate with a quartet of filmmakers to revisit and complete four of her unfinished films from the 1970s, '80s, and '90s. Lynne Sachs has been tapped to finalize a work focused on the Dune Shacks of Provincetown, Massachusetts, a gathering point for artists and writers for nearly a century. Deborah Stratman will work on 16mm footage captured by Hammer during a trip to the markets of Guatemala. Interviews Hammer shot with writer Jane Wodening, the first wife of experimental filmmaker Stan Brakhage, will be revisited by Mark Street; and Hammer's raw footage of an AIDS conference for the deaf community will be shaped by Dan Veltri, a videographer with four decades' experience working with the hearing-impaired. 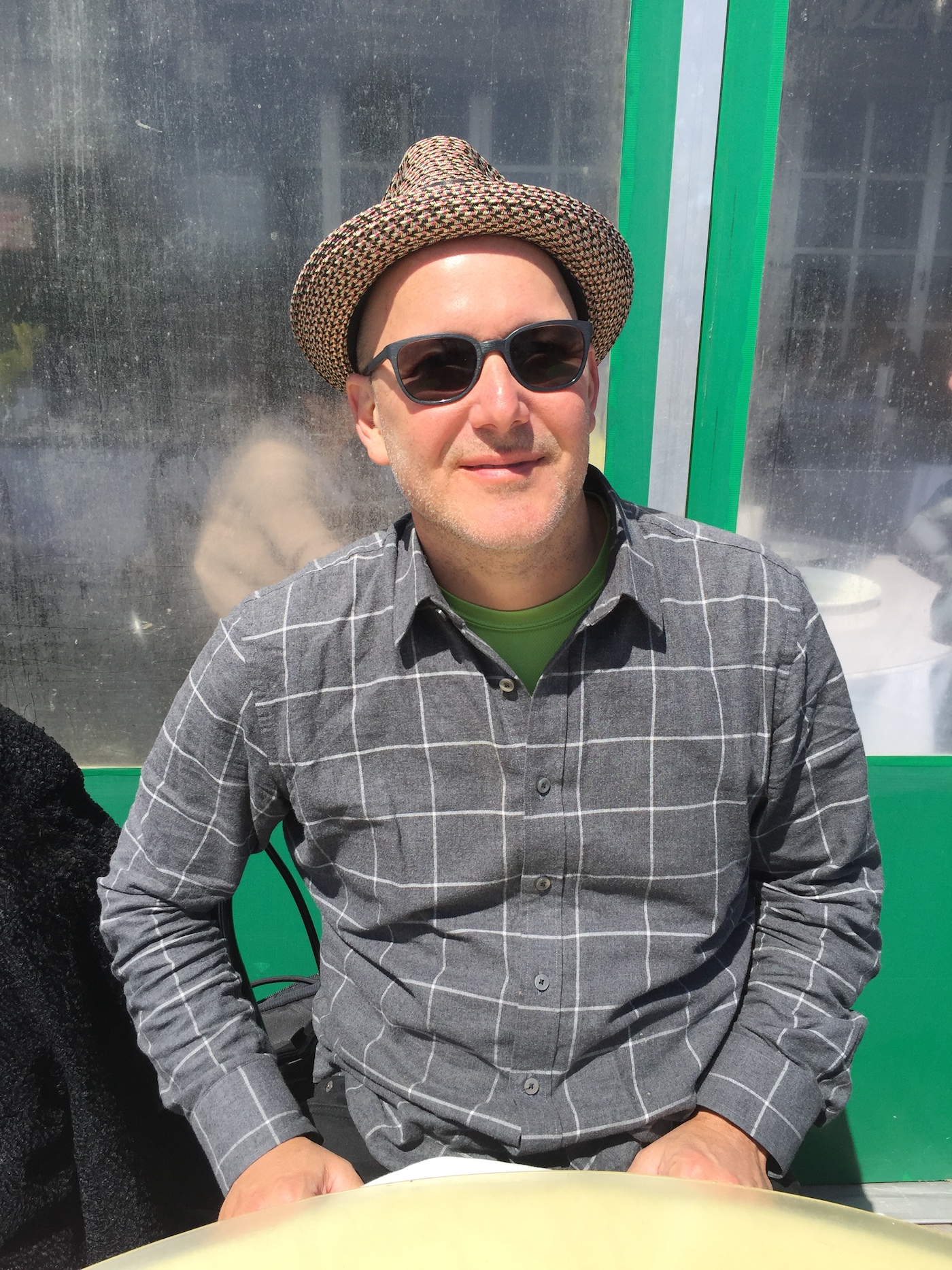 Following the 2017 release of his internationally acclaimed documentary Dawson City: Frozen in Time, filmmaker Bill Morrison moves on to a project about a Soviet-era screen star, funded in part by an Artist Residency Award.

The Village Detective will examine the life of Mikhail Zharov, a Russian actor who found stardom in the 1930s and whose career mirrors the rise and fall of Communism in the Soviet state. The project was prompted by the 2016 discovery of a print of the 1969 Zharov film The Village Detective off the coast of Iceland.

Working with archival materials from across the actor's long and varied filmography, The Village Detective will depict Soviet-era cinema through the films he appeared in—both the struggle to portray a strong nationalistic state working for the common good for which the Soviet Union was created and the paranoid and expansionistic empire it later embodied. The completed work will debut in 2019. 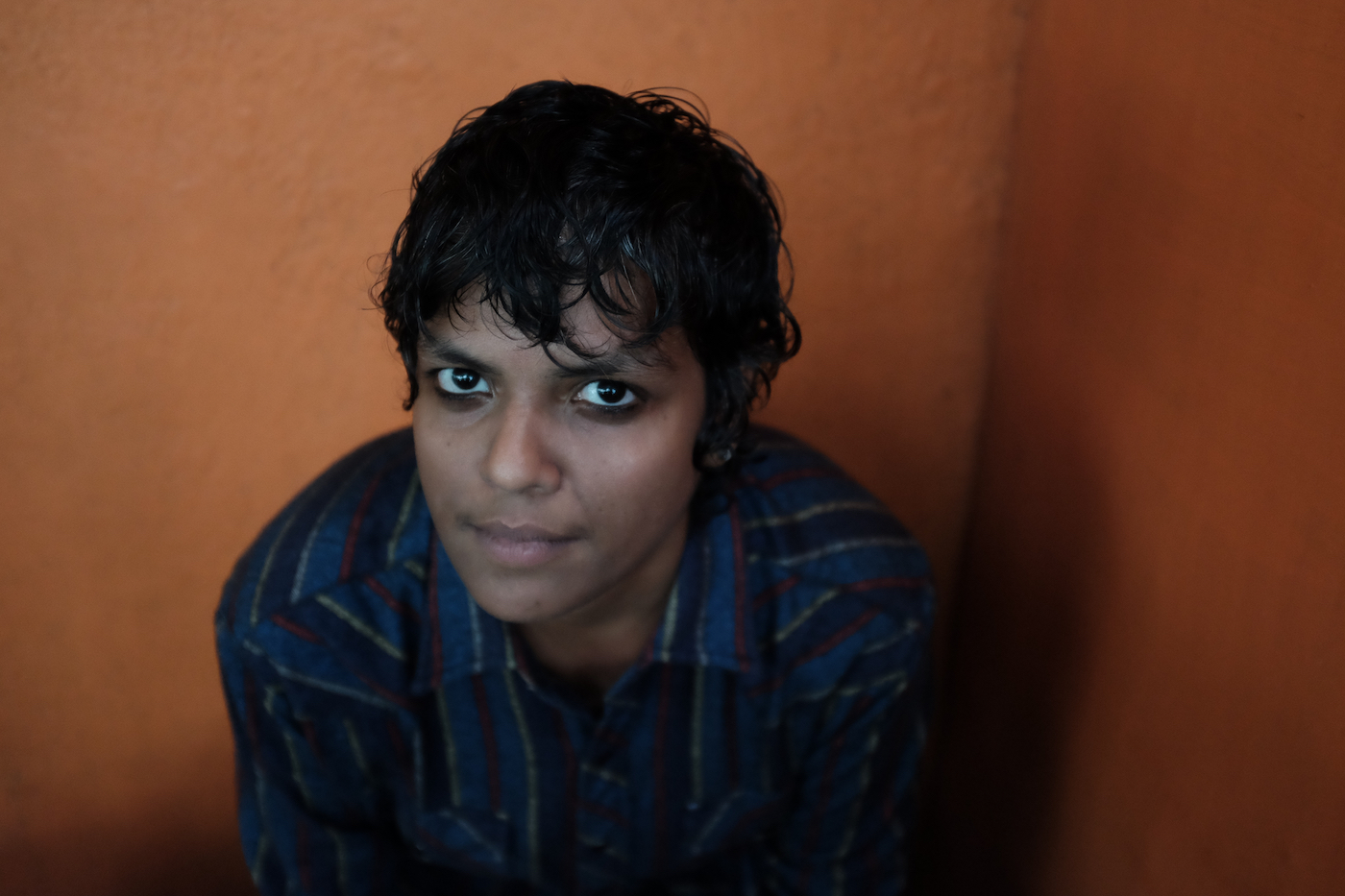 For her Artist Residency Award project, Land of the Breasted Women, the award-winning, Indian-born multimedia artist and cofounder of the Black Mamba Project makes a visceral connection between acts of citizen rebellion in the past and present.

Through a "live cinema" performance incorporating two-channel projection with a soundtrack performed by Mendonca and collaborator Suman Sridhar, the artist evokes a traditional South India mourning ritual for the historic tale of Nageli, an early 19th-century Indian freedom fighter who sacrificed herself to protest the Breast Tax Law, which required women of lower castes to pay a fee or leave their bodies exposed in public. In a then-shocking switch of gender roles, her grief-stricken husband threw himself into the funeral pyre.

As Nageli's tragic story unfolds, the work touches on oppression and resistance in more recent times, from the Holocaust to Black Lives Matter, to form a broader examination of violence and resilience.