September 14–25, performance choreographer Awilda Rodríguez Lora held a virtual residency through the Wexner Center. Conducted at La Rosario, her home and creative queer commune in Puerto Rico, and broadcasted to the Wex’s website, the residency featured a screening and opening conversation, tour of La Rosario, three live movement sessions, and a concluding conversation with artists and scholars from Ohio State and Puerto Rico. This residency focused on the developing choreography and movement concepts for Rodríguez Lora’s current project, SUSTENTO, which is, according to the Wex’s website, “an autoethnographic project… evaluating and publishing the process of sustainability of Awilda Rodríguez Lora’s creative practice as a choreographer and cultural entrepreneur based in Puerto Rico.” In other words, the project asks what is sustaining, supporting, living, and nourishing for the artist.

This is Rodríguez Lora’s third residency with the Wex; she’s been researching for SUSTENTO since 2018. This residency laid the groundwork for the physical ideals to emerge from her earlier reflections, and the live movement sessions leave a physical record of the thoughts that had germinated and which, so often, are left ephemeral when they are experienced alone. In a recent interview with me, Rodríguez Lora said that working like this in her home “added to the realness of what I'm trying to talk about, which is that sustainability of the working artists.”

Rodríguez Lora structured her residency to take into consideration the moving parts of her life—her teaching, her new dog, and maintaining her home. Where a traditional residency is about the sacredness of space, providing an artist with studio time, technology, libraries, and other resources, this virtual residency focused on setting aside sacred time. She said that it was refreshing—nourishing—to dedicate time to dancing again. Working in her home opened up her life to the viewer, allowing us to see something of her reality and her creativity. “I feel that it is important for us to be more visible in regard to our private lives,” Rodríguez Lora said. So much of what is sustaining starts at home.

Linking up with her at home shifts the relationship Rodríguez Lora’s work has with Columbus, Ohio, and the United States in general. The residency is specific in its use of Spanish as the primary language, with English translations. “Here I was working, always in Spanish,” Rodríguez Lora said. “So, I was in that language, most of the time. When I go to Columbus, I am in English. I would like to see, how does this really work in the creative process, right? I'm having to switch… Because of Puerto Rico, Spanish is the main language, but you know, I fall in love in English, too. So, it's really close to my heart to be able to communicate in the other language.” Holding the residency in two languages, Rodríguez Lora said, recognizes those in Columbus who speak Spanish and brings the project into conversation with imperialism. Both Puerto Rico and Columbus were sharply colonized in the quest for greater wealth, and Rodríguez Lora is specific in her desire to recognize Indigenous lives.

Home becomes the access point for Rodríguez Lora’s choreography. Watching her live movement sessions, especially the third session, there’s an attention and care to the way she interacts with her home and the articles in the space. She tracks an idea, plays with it, and then returns to the starting thought, repeating it and approaching it with a new perspective. She makes a bouquet of kitchen utensils; she slides down the wall. Caring for others in her home is important to Rodríguez Lora, but she said that it is also something fraught. “I don’t have to become like my mother,” she said. “We as adults get to choose the domestic space… I’m thinking of this domestic space… as a queer space for queer practices. I love taking care of people, but I also need to know what it is to be taken care of by other people. The space of resting and laziness as a strategy to resist the system…”

While there is a feeling of something having emerged in this residency, Rodríguez Lora said that improvisation and room for constant revision is key: “We have to leave it open, that door needs to be open, or maybe some tiny window, but leave it open, just in case.”  The ever-changing turmoil of our current political and social climate adds to this sense of vulnerability and of being suspended in time. She asks, for example, what might this election mean for her work?

As a project, SUSTENTO has a broad reach because Rodríguez Lora works on a wide scale. Home and domesticity are crucial to her work, but she approaches the domestic sphere in a pointedly queer way, blurring the line between public and private, dealing with multiple languages and nationalities, and choreographing with an eye toward the explorative and the meaningful. In spring 2021, Rodríguez Lora will premiere SUSTENTO at the Wex, either with or without an audience. This evening-length work is the culmination of what will be a three-year relationship with Columbus and the Wex.

This selection is part of Writing about the Performing Arts at Ohio State, an interdisciplinary student-led seminar during the 2020-21 academic year. With guidance from Department of Dance Professor Karen Eliot and the Wexner Center’s Alana Ryder (Manager, Public and University Programs) and Lane Czaplinski (Director of Performing Arts), students with backgrounds in dance, economics, math, microbiology, political science, psychology, statistics, and beyond will serve as ambassadors and advocates for the arts. As a cohort, they will approach broad theoretical and philosophical issues behind contemporary performance as well as questions about the roles of arts critics and of arts criticism, especially in the era of COVID-19, racial equity, and social justice movements. For more information about the seminar, email education@wexarts.org. 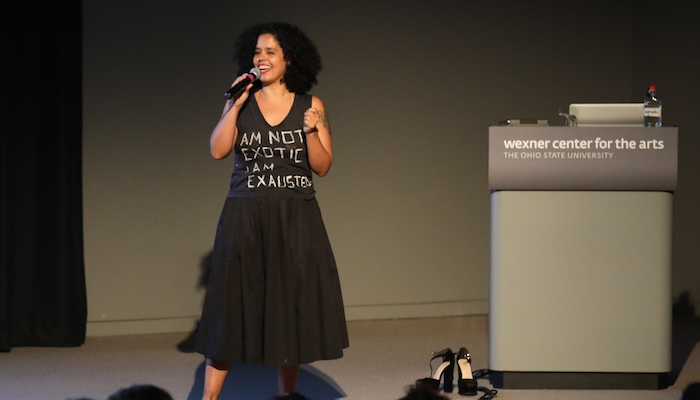 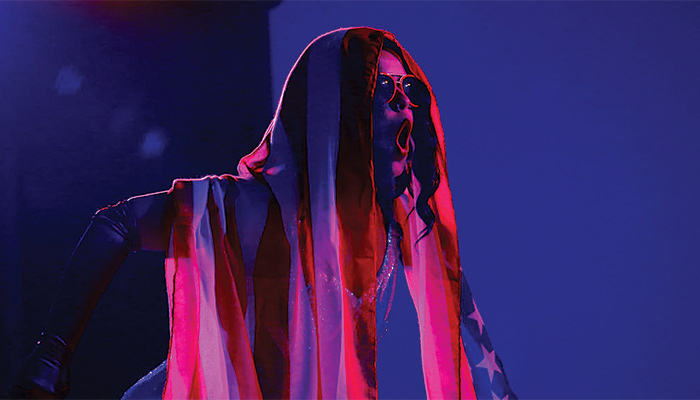 The Stories Our Bodies Carry: An interview with performance choreographer Awílda Rodriguez Lora