Curator's note: on Breaking Down "The Last Dance"

We have all had to give up something during our collective social distancing: a night out at the movies, a meal at a favorite restaurant or even a visit with loved ones. Of course, many have sacrificed much, much more than these minor inconveniences.

When facing a crisis, we all turn to things that can provide a sense of comfort and consistency, and normally sports lovers would have a lot of options to look to now, but this is another part of life that’s not quite normal.

On March 12, the NCAA announced that it was canceling the Men’s and Women’s National Basketball Tournaments. March Madness and the Final Fours were not going to happen. Both the National Hockey League and National Basketball Association seasons were suspended. Major League Baseball’s spring training was canceled, and the season remains on hold. For sports fans across the country, the idea that events of this scale and popularity would be canceled would have been unimaginable just a few weeks earlier.

There have been only three “new” sporting events since mid-March. Two of them were live: the Women’s National Basketball Association draft April 17 and the National Football League’s draft April 23–25.

The third would have been popular in any situation, but now that we are shut in, and without any other sports to watch or discuss, ESPN’s 10-part series The Last Dance has become a national phenomenon on sports radio, social media, and in any corner where people talk about sports.

The series is built around the NBA’s 1997–98 Chicago Bulls season, during which the team won its sixth championship in eight seasons and the iconic Michael Jordan played his last game for the franchise. But The Last Dance delivers so much more. It traces Jordan’s history from a high school player to a college basketball star at North Carolina, to an exciting NBA rookie, to an international cultural phenomenon who changed the way sports are marketed and consumed.

What makes the series especially interesting is that it relies heavily on behind-the-scenes footage of that season that has never before been made public (it needed Jordan’s approval to see the light of day). The footage and many of the contemporary interviews—with the likes of Jordan, his teammates and coaches, and even his adversaries—are irresistible and demonstrate that, in many ways, we still have not come to grips with this collective legacy.

The series recalls ESPN’s previous long-form documentary OJ: Made in America in that it is a story that can sustain our interest over many episodes and much about our country and culture beyond sports.

To help us consider this landmark film and its arrival during this unprecedented time (its air date was moved up from June to fill the current sports vacuum), we invited two special guests to reflect upon the series, Jordan, and this particular era in the NBA.

Born in Cleveland, Clark Kellogg starred on The Ohio State University’s basketball team from 1979 to 1982 (as seen in the picture above) and was named a First Team All-Big Ten player in his final season. He was the eighth overall pick in the 1982 NBA draft by the Indiana Pacers and was named to the league’s All-Rookie First Team in 1983. He played three full seasons in the league and parts of two more before injuries brought a premature end to his playing career. Today, he is best-known for his 25 years as CBS Sports’ NCAA basketball studio and game analyst. He is also a past member of The Ohio State University’s Board of Trustees.

Born in Columbus and a graduate of Beechcroft High, Hanif Abdurraqib is a poet, critic and essayist whose work has been published in Pitchfork, the New York Times, Vinyl, NPR, and more. The author of four books, his 2017 collection They Can’t Kill Us Until They Kill Us was published by Columbus-based indie Two Dollar Radio, was included on “Best of” lists by NPR, Paste, Esquire, Stereogum, Chicago Review of Books, and more, and earned Abdurraqib new readers around the world. His 2019 tribute Go Ahead in the Rain: Notes to A Tribe Called Quest contains a convincing and unexpected comparison between the New York Knicks’ John Starks and Quest’s Phife Dawg. Abdurraqib’s work frequently references sports. His 2016 poetry volume The Crown Ain’t Worth Much includes When I Say that Loving Me Is Kind of Like Being a Chicago Bulls Fan and All the White Boys on the Eastside Loved Larry Bird. His next book, A Little Devil In America: Notes In Praise Of Black Performance, is scheduled to be released in March 2021.

We’re grateful to both for sharing their insights about the film with us, and we hope that this conversation continues our tradition of programming that examines sports and the broader culture, and points to more similar events moving forward.

As noted above, Jordan's profound impact on the dynamic between athletes and brands is a feature of The Last Dance, but athletes have been paid to endorse products as long as there have been professional athletes and products to sell.

Here is a sample of television commercials—some featuring Jordan, some from before his era, some after—that hints at the evolution of the athlete as spokesperson.

Michael Jordan and Spike Lee for Nike: "Is It the Shoes" 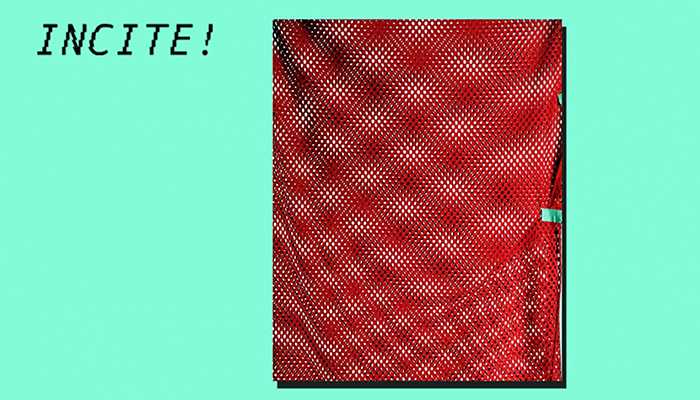