STREAM ONLINE
Free for all audiences
Screening extended through October 1

April Martin and Paul Hill's searing 2015 documentary Cincinnati Goddamn never, unfortunately, ceases to be timely or urgent. With events unfolding in Minneapolis, in Columbus, and across the country, we felt this would be an appropriate time to share it again. The film was created over the course of several years with support from our Film/Video Studio program.

Released as 2013’s Black Lives Matter movement gained traction in the United States, Cincinnati Goddamn investigates the city’s complicated history with antiblack racism and police brutality. The feature-length documentary brings these issues into focus through incidents involving 29-year-old Roger Owensby Jr. and 19-year-old Timothy Thomas. Between 1995 and 2001, Cincinnati police killed 15 black men including Owensby and Thomas, ultimately resulting in 2001’s citywide boycotts, riots, and unrest. Hill and Martin’s exhaustive reporting includes perspectives from all sides of the conflict, including Owensby’s father, mother, and daughter; Thomas’s mother; attorneys for the Owensby and Thomas families; former Hamilton County Prosecutor Mike Allen; local police (some of whom participated in the incidents); and many others. The film is further contextualized through interviews with leading black historian Manning Marable (1950–2011) and writer and civil rights activist Michelle Alexander.

"Cincinnati Goddamn suggests that the fractured bones of America can only heal if communities are willing to fight to change the systems that control them."
Los Angeles Review of Books

Through the use of archival material, dashcam video, recordings of court proceedings, and clips from a Dateline profile of Cincinnati police, Hill and Martin create a portrait of a broken system and community. Although a coalition of activists and clergy worked with the ACLU, Cincinnati city officials, and the Department of Justice to craft and implement new police reform policies and procedures, the officers involved in the deaths of Owensby and Thomas were never found guilty of any serious wrongdoing, and the film raises serious questions about whether police profiling and abuse of black suspects in Cincinnati (and elsewhere) will ever change. (103 mins., digital video)

Cincinnati Goddamn was the subject of a compelling Director’s Dialogue screening and panel discussion in 2015.
Click here to visit the event page and watch the talk. 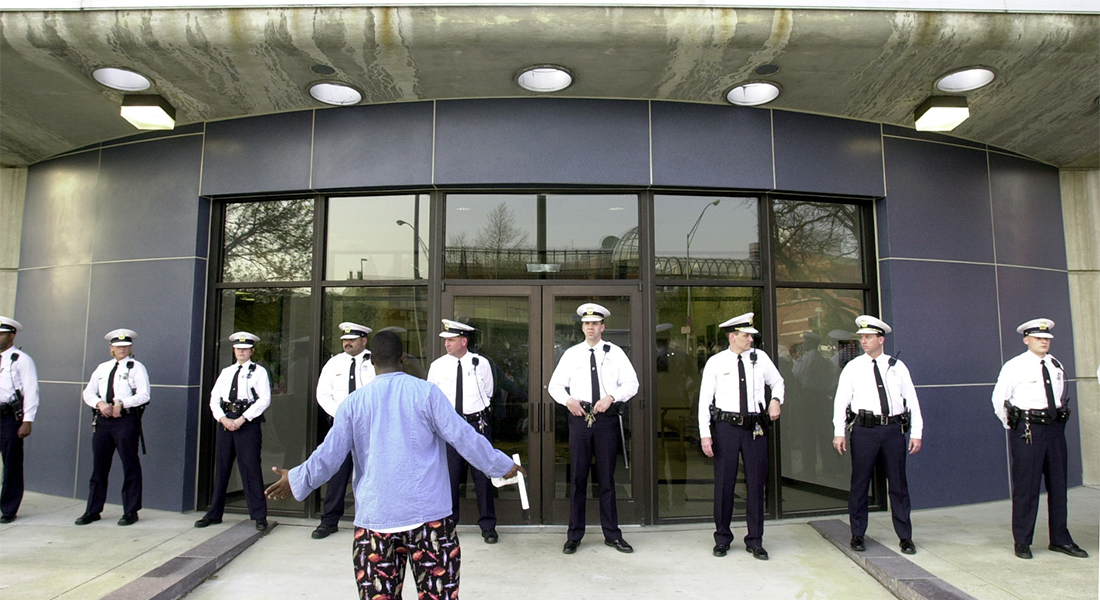 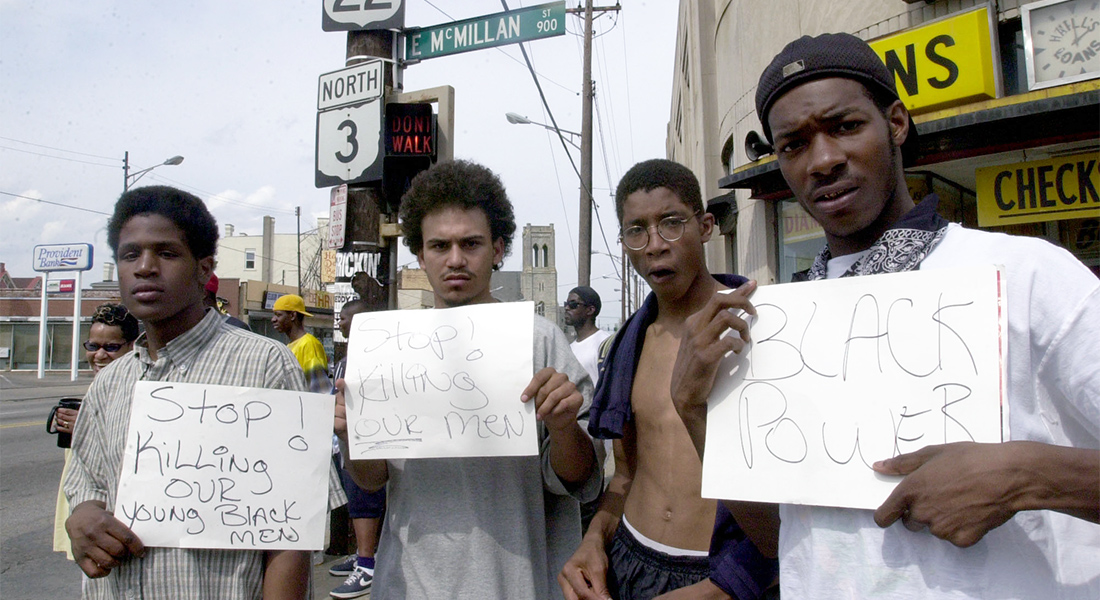 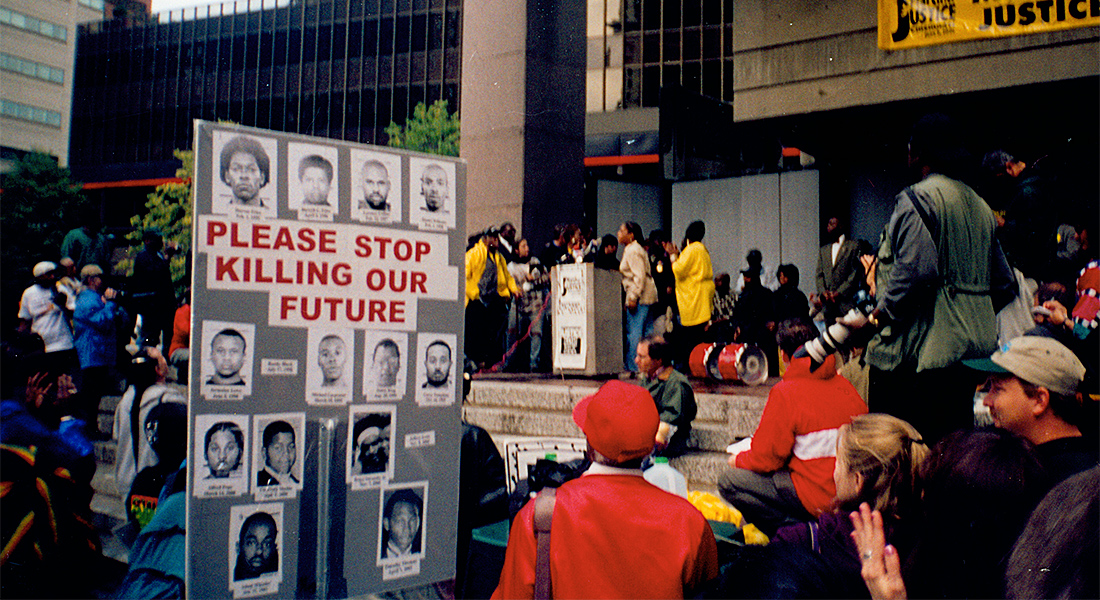 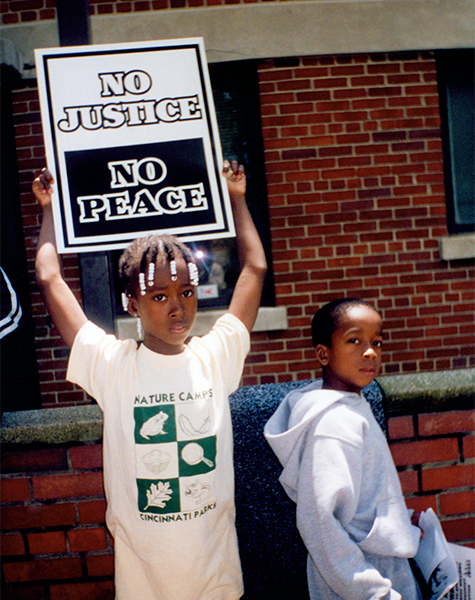 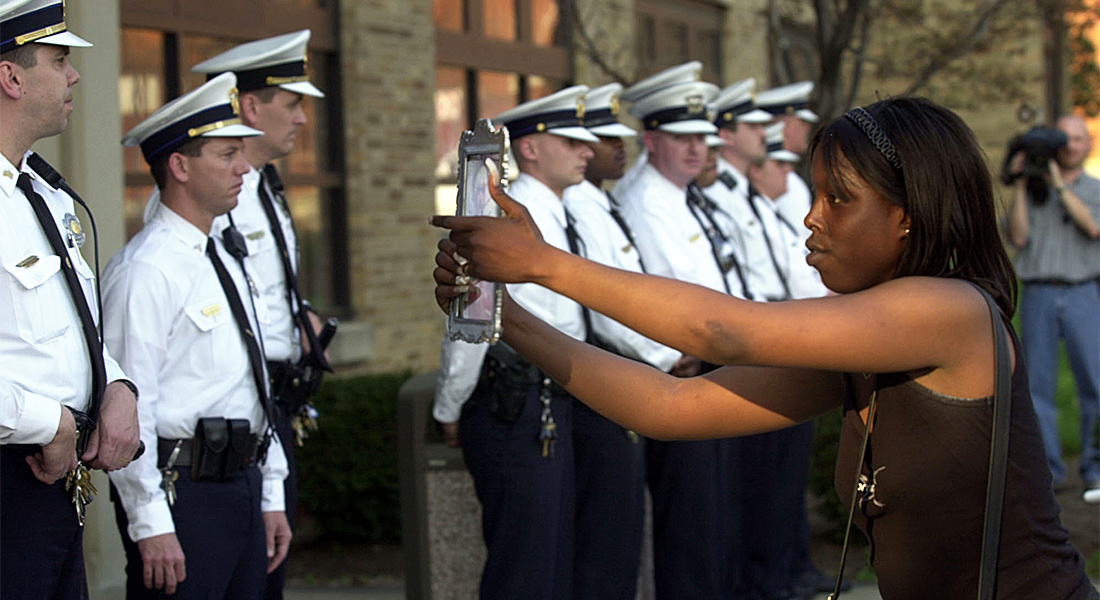 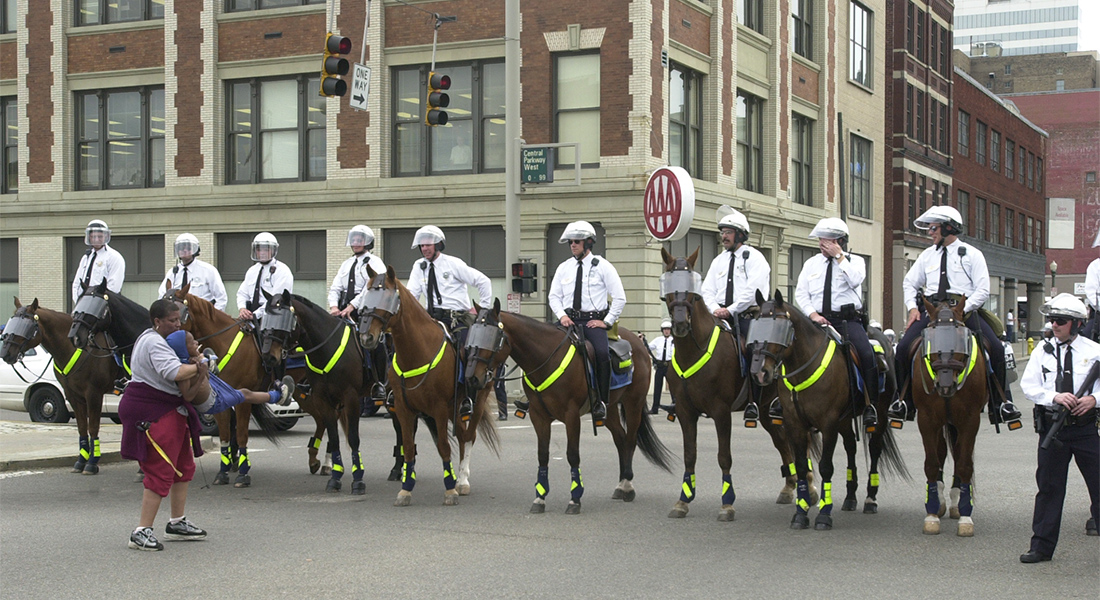 Cincinnati Goddamn was made with the support of the Wexner Center’s Film/Video Studio.

STREAM ONLINE
Free for all audiences
Screening extended through October 1