Film Activism spotlights a selection of short films that investigate themes of political commentary and social justice made by participants in the Wexner Center Artist Residency Award project Cinetracts ’20.

The larger project was inspired by a series of short films, called Cinétracts, that were made in France during the tumultuous protests of May 1968 and that today offer a window into a transformative, revolutionary moment in history. Anticipating that the US presidential election alone would make 2020 a significant year, the Wex’s film/video department commissioned 20 filmmakers to make two-minute films that capture the zeitgeist of their particular locale, resulting in Cinetracts ’20, premiering on October 8. In the galleries, Film Activism provides a glimpse into these artists’ rich body of work.

Program 1 includes six distinct reflections on Black identity both within the United States and as global diaspora; Program 2 considers the people and material worlds that make up three different sociopolitical movements; and Program 3 meditates on how political realities impact life on a daily scale.

Program 1
Screening in the galleries Tuesdays and Sundays at 1 pm, Wednesdays and Saturdays at 4 pm, and Thursdays at 6 pm. (program approx. 46 mins.)

This Must Be the Place
(Cameron Granger, 2018, 4:32 mins.)
As the filmmaker notes, the work was "inspired by the people that have helped me find homes in the many places my travels have taken me to, and the people that were ripped away from theirs many years ago on the mother continent."

When It Rains
(Charles Burnett, 1995, 13:25 mins.)
What would you do if your mother, your sister, or your neighbor didn’t have the money to pay rent, and the landlord wouldn’t budge? Babu has the answer.

Ududeagu
(Akwaeke Emezi, 2014, 1:44 mins.)
Ududeagu is a contemporary visual folktale rooted in concepts of loss, leaving, and loneliness shot within acknowledged private and intimate spaces. It follows a cultural pattern of intergenerational storytelling and also functions as a gendered self-portrait in which the subject’s male body becomes a proxy for the filmmaker's.

Cotton Ikebana
(Cauleen Smith, 2020, 6:44 mins.)
In this meditative reflection, the artist arranges cotton flowers according to the Japanese art of ikebana, a traditional practice of flower arranging.

Can’t Make Three With Two
(Cameron Granger, 2018, 5:44 mins.)
This is the last piece made in an extended collaboration between the artist and his mother. It's dedicated to his grandma, or Gaga, Pearl.

Program 2
Screening in the galleries Tuesdays, Thursdays, and Sundays at 4 pm and Fridays and Saturdays at 1 pm. (program approx. 50 mins.)

Uprising in Jazak
(Želimir Žilnik, 1973, 17:22 mins.)
People from the Jazak village in Serbia's Fruška Gora mountain region share dramatic stories of how they fought undercover against occupation forces during WWII.

Oneiromancer
(Beatriz Santiago Muñoz, 2017, 25:32 mins.)
This is the first of a series of works on the sensorial unconscious of the Puerto Rican anti-colonial movement. It centers on the figures, places, and leftover materials of the members of the Fuerzas Armadas de Liberación Nacional, a clandestine group sentenced to life in prison for the political crime of seditious conspiracy.

Program 3
Screening Wednesdays and Thursdays at 1 pm, Fridays at 4 pm, and Saturdays and Sundays at 11 am. (program approx. 60 mins.)

H-E-L-L-O
(Cauleen Smith, 2014, 11:06 mins.)
Greetings to mankind! The five-note sequence of Steven Spielberg’s Close Encounters of the Third Kind (1977) is performed outdoors by New Orleans musicians at sites in their city that are loaded with memories.

Braddock Food Bank
(Tony Buba, 1985, 4:32 mins.)
This short finds the filmmaker struggling over whether he should make a film about a food bank, or just use the money to donate food to the bank. In the end, he leaves it up to the viewer.

Day in the Life
(Karrabing Film Collective, 2020, 32:37 mins.)
One of the Karrabing's most stirring and direct films, Day in the Life depicts obstacles encountered across four points of their day. A multilayered hip-hop soundscape sees helpless statements by white media make way for the Karrabing's ultimately empowering words of resistance.

Farmacopea
(Beatriz Santiago Muñoz, 2013, 5:38 mins.)
Farmacopeas are catalogues of plants and their uses. Farmacopea is a film on the relationship between historical processes and the natural landscape of Puerto Rico. The Caribbean has been thoroughly transformed physically, through introduced species, agriculture, and development, but also through visual representation, as an undifferentiated tropical place for tourism, service, and folklore.

Sine at the Canyon Sine at the Sea by Kelly Gabron
(Cauleen Smith, 2016, 7:06 mins.)
Started as a video designed to be background eye candy at an outdoor performance event, this work evolved into a protest against the reverberations of the neofascist nonsense percolating in American culture. 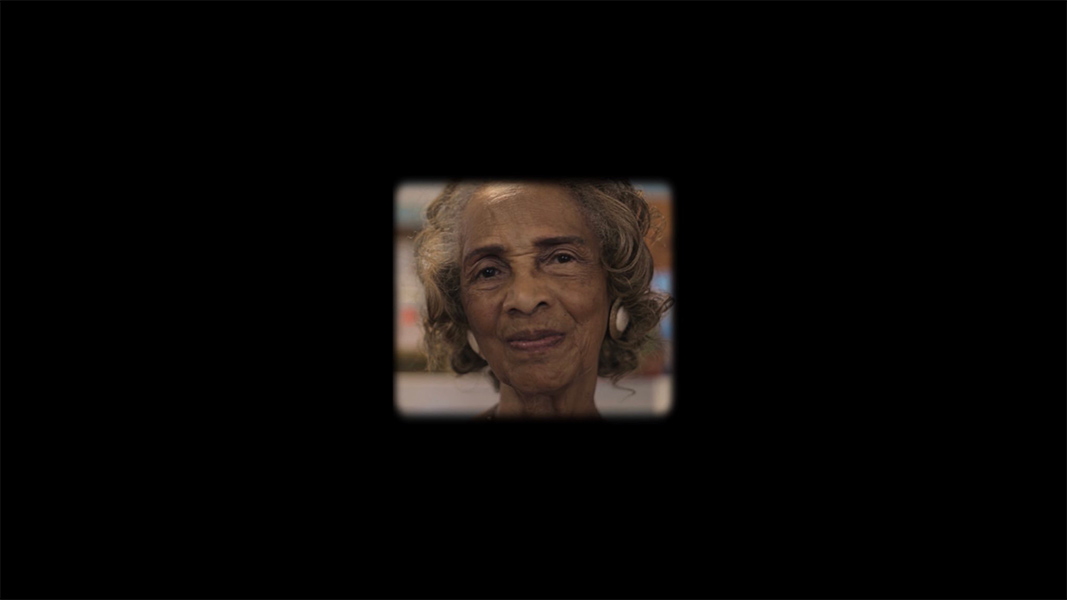 This Must Be the Place (Cameron Granger, 2018), image courtesy of the artist 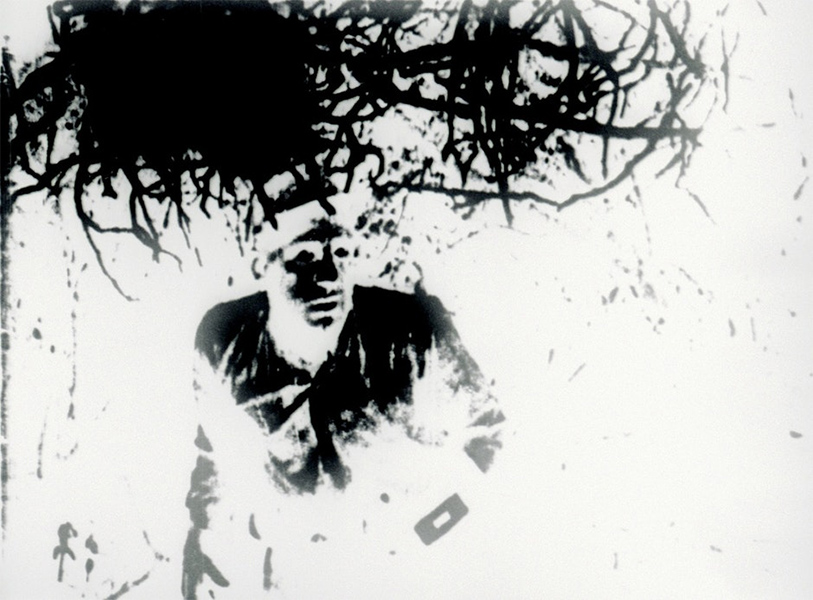 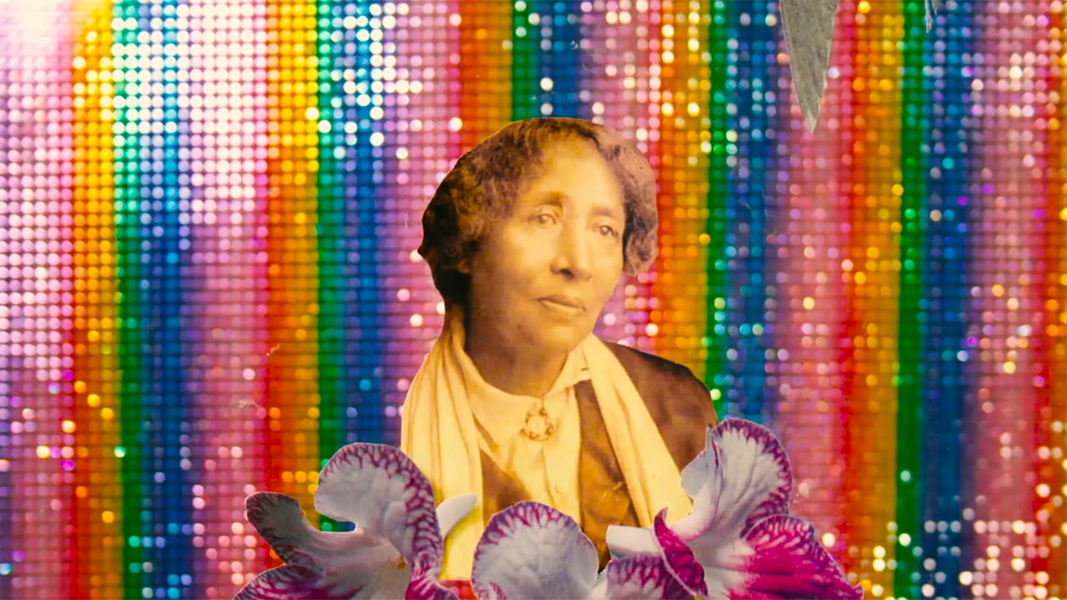 More Dangerous Than a Thousand Rioters (Kelly Gallagher, 2016), image courtesy of the artist 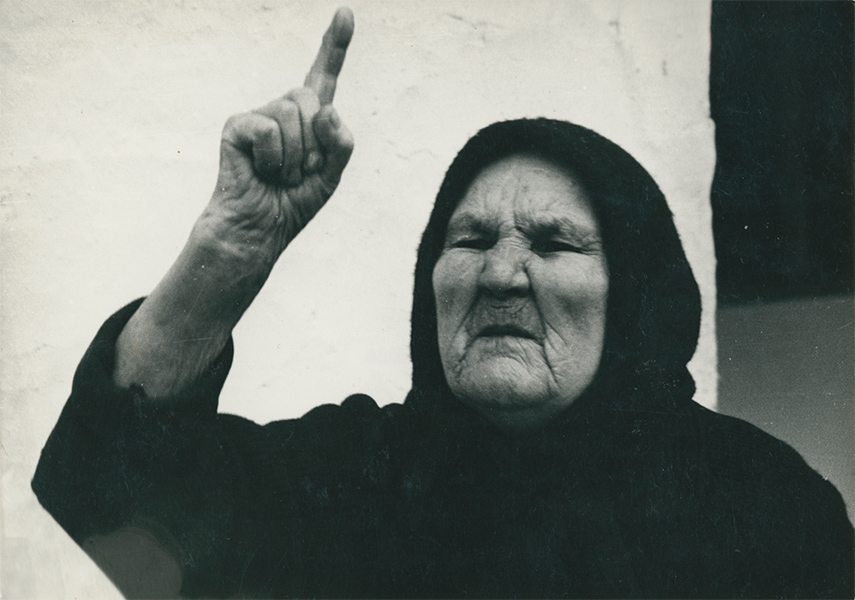 Uprising in Jazak (Želimir Žilnik, 1973), image courtesy of the artist 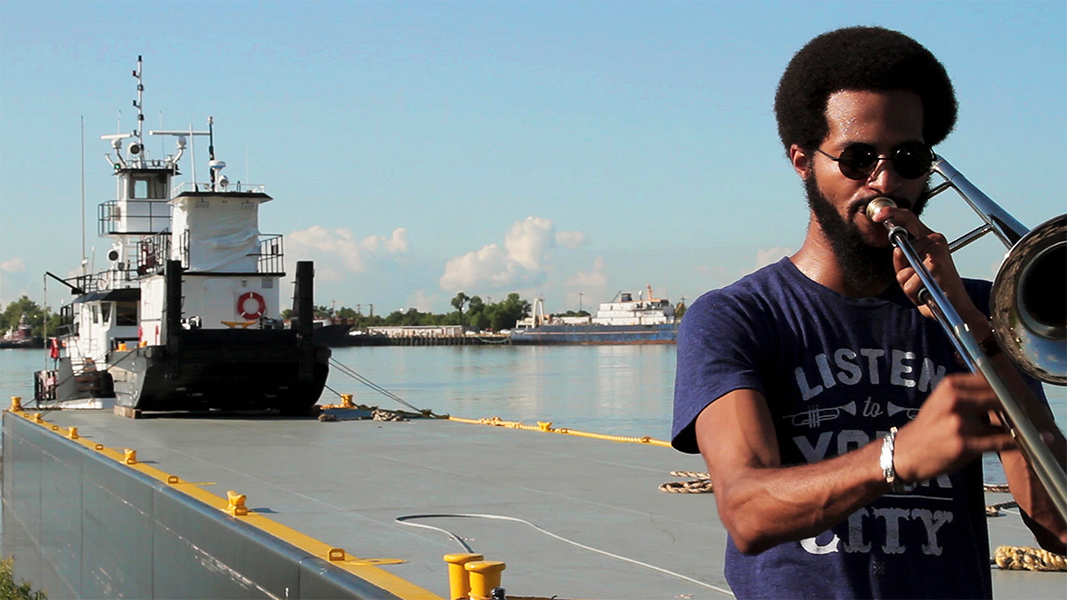 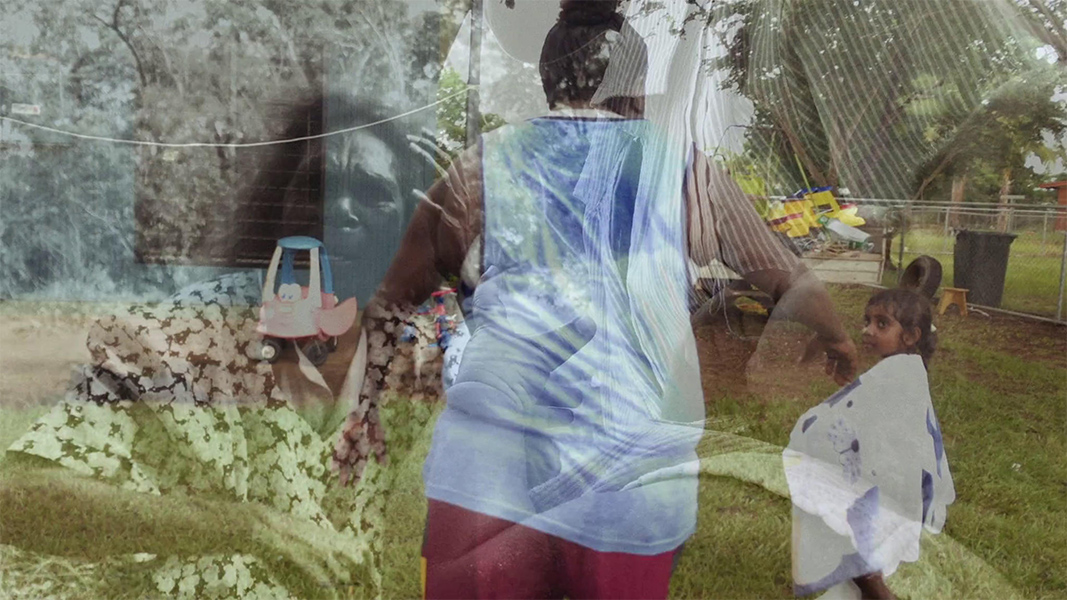 Day in the Life (Karrabing Film Collective, 2020), image courtesy of the artists 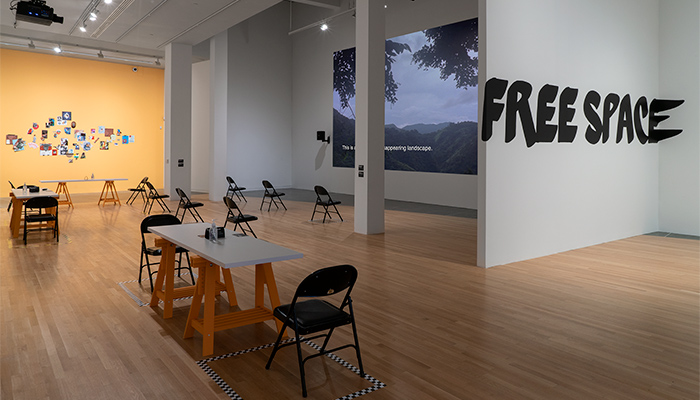 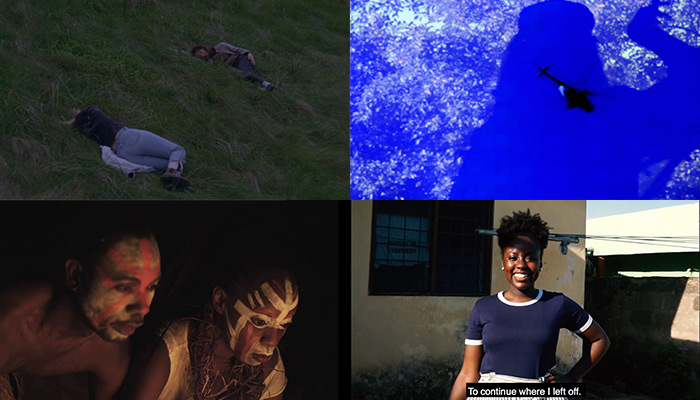 Curated by NO EVIL EYE 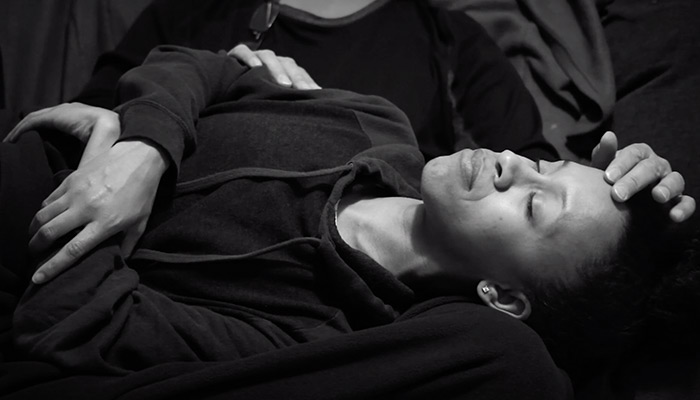 Everybody’s got a little light, under the sun 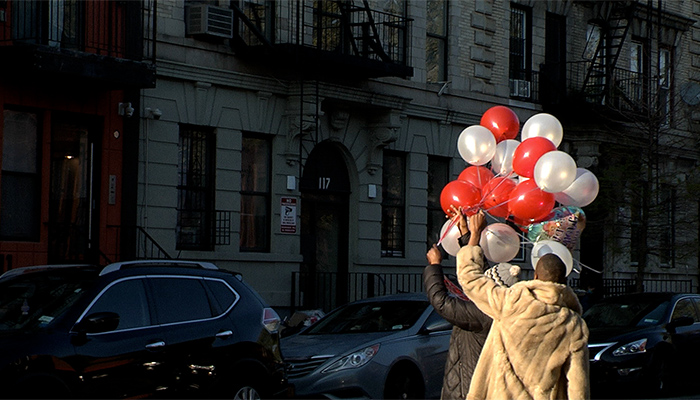