For his Cinetracts ’20 contribution, Tony Buba submitted nearly 20 short films that recorded protests in Pittsburgh—against fracking, for clean water, against police violence, against President Trump, etc.—over the course of almost a full year. He asked us to choose the one we thought most appropriate to include. We selected his documentation of a peaceful group of protestors in downtown Pittsburgh on August 27, 2019, who were calling for the formation of a civilian police review board. Buba includes a still frame punctuation mark (shot on August 28) that indirectly points to the past summer of civil unrest in the wake of the George Floyd murder (among others). His film, along with 19 more from filmmakers around the world, debuts on this website on Thursday, October 8 at 7 PM. This interview was recorded on September 1, 2020.

When we came up with the idea for this project, we had just shown the original 1968 Cinétracts at the Wex and we realized that the end of the project would happen in the summer of 2020 and that it was bound to be an interesting year given the election in this country.

No one had any idea.

Exactly. We started to reach out to filmmakers in hopes that they would be interested in participating in spring of 2019. Do you remember what you thought when you received the invitation?

I remember thinking it would be really interesting. I go to most of the demonstrations in Pittsburgh and I thought, "Hey, I can make a buck filming some of these!" [Laughing] At that time, most of the demonstrations were about the environment and some about Black Lives Matter, but nothing to the extent of what we've been seeing. I thought this would be an interesting project and I'm glad to be a part of it, but it never entered my mind that this year would be like this. Nobody did, except Brockmire. The two TV series I've been watching are Brockmire and Babylon Berlin and both read more like documentaries than they do fiction.

People probably won't get to see all of the films that you made for the project. You filmed a series of protests in Pittsburgh over an extended period of time, close to a year.

Yeah, when you told me about this, I thought I would film one year from the time I shot the first protest and then whatever I was able to get to. Sometimes I go to these protests and I don't even think about shooting. For the one you will be screening, I didn't even have my camera, just my iPhone. I just went to support. I didn't even realize there were going to be people outside demonstrating. They were bringing up issues that led to the whole explosion in 2020. They're trying to address them and can't get them addressed. The politicians are just so dense, it's mind boggling.

If someone reads this before they watch your film, the film that we ended up showing out of 18-20 short films was a film made in late August of 2019. You're filming a pretty modestly sized protest outside of a government building about the demand for the formation of a civilian police review board.

Because of the Antwon Rose murder. Bethany Hallam, who was just newly elected onto the county council (she wasn't even going to serve until January), was pushing for the council to adopt this police task force for the county because, unlike Columbus...what county is Columbus in?

I imagine most of Franklin County is made up of Columbus.

Sort of. There are other smaller towns too.

Pittsburgh is surrounded by 120 different municipalities, each with their own police force and some of these municipalities only have 2000 people in them. And some of the officers on these forces are barely making minimum wage and are not that well-trained. So, Bethany wanted an oversight board to ease this problem. And, we're there hoping it passes that night but of course it didn't pass. Bethany is part of a new group of women that have been elected in our region that are really dynamic and pushing for progressive policies.

And, as you mention, the issue didn't pass and there was no review board formed. What really drew me to that film in particular was that, of all the films you submitted, it perhaps formally recalls the original Cinétracts the most. There are still images, moving images, protestors' signs. You have the newspaper headline at the very end of the film that recalls the original '68 films.

And this film in particular has a sense of urgency about it. You are really close to the people speaking and you can sense there is an imminent decision on this issue that really heightened it. And then, when you submitted the films it was in the wake of the George Floyd murder, so it was front and center in everyone's minds. And here is your film, made eight months earlier, with a group of citizens asking for there to be a civilian police review board and then it's voted down.

One of the things about digital cameras is that they somehow make you get lazy, and you're not thinking about limitations of equipment and how to solve those problems. With your phone, you don't really have a zoom lens, so the frame is always structured the same with things moving within the frame, so if nothing is interesting in the frame then, of course, it gets dull. But I often find myself just being lazy and standing off to the side and holding it and it's in focus and the exposure is perfect...so I was glad I showed up that day without the camera. That has somewhat been my whole career. When you show up and watch—a lot—you can get lucky and get a good moment. But you have to be there.

Have you been working on anything else during the shutdown?

One thing that I have been doing—and that I hoped to come to the Wex to work—is sitting down and going through all of my hard drives. Also, the Miller Institute of Contemporary Art, part of the Carnegie Mellon campus, reached out to a number of people in the Pittsburgh region about making COVID films… just looking out the window. So, I did two pieces for that. One is a triptych and the other is just looking out my window like I'm doing now talking to you. I shot out the window for two days and I kind of relied on old structuralism in thinking about how to approach it and to bring in COVID. The first shot is three seconds for C, and then I did O, so each shot is structured that way and repeated 19 times. I did the same thing out of my back window. I shot the amount of frames on time lapse and the film had the exact same amount of frames as people who had died of COVID in Pennsylvania up to that moment. And that's online through the Miller.

We were so excited about your film and thinking about it as part of the continuum of your body of work. It's local, which was part of the project, but very much in keeping with the trajectory of your work. And we're really excited about how all of the films are going to fit together—some are more poetic, some feel more urgent like yours. It’s been interesting how the project and filmmakers' approaches have changed with everything that's happened.

Well, it's like that saying about being cursed living in an interesting time. I never really understood that, but now I do. 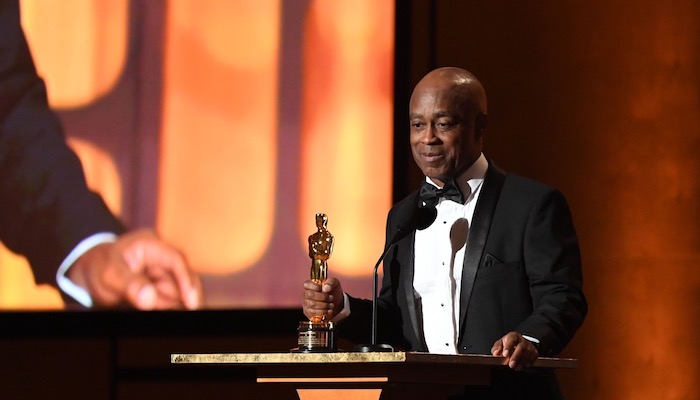 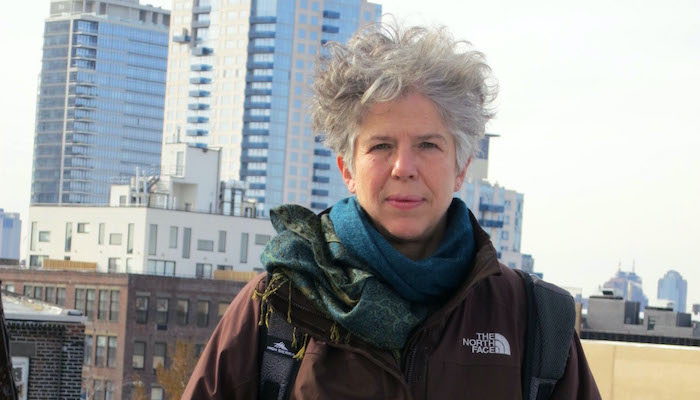 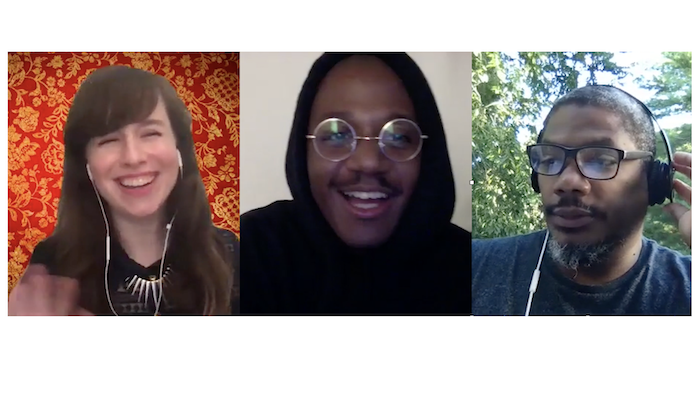 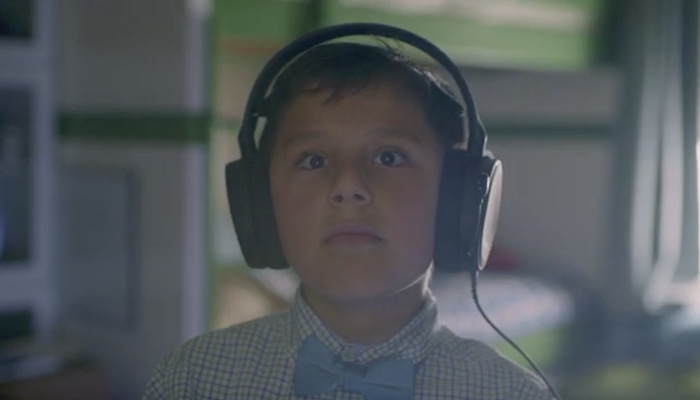