Golden Hornet’s MXTX, tentatively scheduled for presentation at the Wex this spring, is TBD at this time due to ongoing uncertainty caused by the pandemic, as well as the center’s goal of being responsive to artist needs in real-time. Stay tuned for updates.

When first laying the groundwork for Golden Hornet’s music collective MXTX, curators Graham Reynolds and Felipe Pérez Santiago saw an opportunity amid rising tensions at the Mexico-US border to use music to celebrate identity and make a statement of purposeful connection. In February 2021, I had the privilege of speaking with Graham and Felipe about how this project came together.

The collaboration began with 40 artists coming together to create an open-source sound sample library. Twelve of those artists then used these samples to compose an album. Live performances were planned with MXTX’s partners: the Wex, Ballroom Marfa, and Fusebox Festival. At each stage of the project, the curators strove for equality and inclusivity. Gender balance was a key concern, as was having an equal number of DJs and composers. Most importantly to MXTX’s artistic mission, half of the artists were from Mexico and half were from Texas. This intentionality in selection made for a unique creative process.

The core element to MXTX’s successful collaboration was co-inspiration. The co-created sample library gave all the album artists the same base toolkit—then pushed them to take their work in unexpected directions. Felipe, who also composed a work for the album, reflected on his process: “I had, like, a very particular idea of how I wanted this piece to be. And then I entered into the library… [and] my piece turned out to be something completely different to what I had in mind… My piece turned out to be a truly collaborative piece. Even though I put it together, it’s based on the sounds of all the other composers and DJs and people involved.”

Many of the artists involved found themselves experiencing similar unexpected sparks. By sharing the sound samples and letting musical ideas build from each other, each unique artistic voice was able to align into polyphonic harmony. Felipe described the resulting album as having a cohesive yet eclectic Tex-Mex sound. This mosaic quality is a direct result of the curatorial team’s approach to this collaboration. Honoring identity without being bound by it was essential.

Felipe continued, “[MXTX] was also a statement…this is what we are, this is what we believe in, we believe a lot in integration, we believe a lot in, you know, no borders,” The division that many are attempting to create between America and Mexico does not need to exist and in some ways does not exist to those living near the border. Graham stated, “We found [the border] to be something unifying instead, something that we shared.” It is a “magical, exciting, interesting, fascinating thing where cultural exchanges happen.” Friendship, family ties, and connections of all sorts already reach across these manmade boundaries. Through their purposeful inclusion of gender, genre, and geography, MXTX makes these connections audible.

All was going well until—midway through the creation of the sample library—the world went into lockdown and the arts community went into panic mode.

“We were losing artists and losing venues on a daily basis, pretty much,” Graham shared. As a member of Austin, Texas’ Music Commission, Graham plays a key role in securing government support for the musicians in his geographical community. Even now, almost a year since the initial lockdown, “Trying to rescue this entire ecosystem [is] an impossible hill to climb... We're trying to figure out what the new normal looks like and how do you rescue an infrastructure, at the same time making what comes out of it more equitable than what existed in the past.” No matter how hard they work to keep Austin’s music community above water for now, he says there will be “years and years of rebuilding” once it is safe to perform live again.

Despite MXTX’s success connecting their artists in a shaky digital world, the live in-person performances have stalled out. The curators are toying with the idea of a synchronous online concert, but there are no concrete plans at this time. Like the rest of the performing arts world, MXTX is stuck in liminality. Do they perform now? Wait for the mystical after-COVID time? Will there even be performing arts in the after-COVID time, as organizations collapse under the weight of the past year’s recessions, climate disasters, and political reckonings?

“Hah!” Graham exclaimed before delivering the most reassuring words I had heard yet. “You know, art has always existed since like prehistoric days and it survived the worst dictatorships, the worst economic calamities, the worst natural disasters… Every culture on the planet, no matter how isolated, has had the arts... [The performing arts] will exist in the new normal… [Art] may be different, but it will continue, and it will bounce back because it always, always, always has.”

Felipe picked up the thread with a reaffirmation of something that we all tend to forget and a solid promise for the future: “Once all this is over, because it has to be over—everything, everything always passes by—we will fulfill also the dream of presenting [MXTX] live in Mexico and in the US… I really, really dream of the day that we can perform MXTX in the bridge between Juárez and El Paso. And it is a magical location, it is really a magical location...To have people of both sides of the border, you know, approaching the bridge and listening to this concert, is really a dream that I'm sure we will make happen once this pandemic is over.”

This optimism and assuredness in the lasting power of art is foundational to the work of MXTX. This collaboration reassures us that through music we can find connection—across identity, across barriers both real and imagined, over stuttering Zoom calls and through disaster after disaster. And through these connections, we can hold on to hope.

This selection is part of Writing about the Performing Arts at Ohio State, an interdisciplinary student-led seminar during the 2020-21 academic year. With guidance from Department of Dance graduate teaching assistant Jacquie Sochacki and the Wexner Center’s Alana Ryder (Manager, Public and University Programs) and Lane Czaplinski (Director of Performing Arts), students with backgrounds in dance, economics, math, microbiology, political science, psychology, statistics, and beyond will serve as ambassadors and advocates for the arts. As a cohort, they will approach broad theoretical and philosophical issues behind contemporary performance as well as questions about the roles of arts critics and of arts criticism, especially in the era of COVID-19 and racial equity and social justice movements.

For more information, please email education@wexarts.org. Additional interviews and student writing will be presented here later in the academic year. 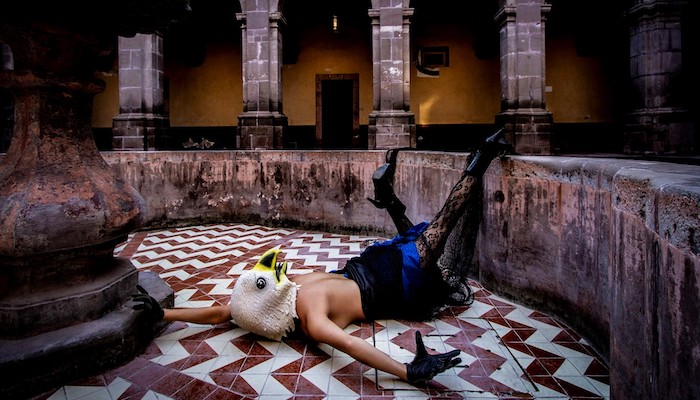