Sharon Udoh: Because I am Black, gay, and female

Charismatic. Thrilling. Talented. These were the words brought to mind when I first saw Sharon Udoh performing as the opening act to nora chipamuire’s #PUNK in the autumn of 2019. Udoh was extraordinarily energetic and enthusiastic, playing the piano with her head and finishing some songs lying prone from exhaustion. Her performance seemed to me a celebration of existence itself, with all the vibrance of the sunshine on a butterfly’s wings and the life of a puppy who just discovered the game of fetch. When I was granted the opportunity to interview this wonderful artist in late October 2020 as a preface to her artist talk, The Hips and the Booty Don’t Lie, I was elated. A few emails, a little bit of research, and some minor hassles with technology later, and suddenly I was talking with none other than Udoh, composer, pianist, singer, lyricist, about the inspiration for her events this October and November.

We began with a discussion of COVID-19 and how it has impacted Udoh’s life and art, and fortunately, it has been nothing less than a blessing. “It has been incredible. The months of May to September have been some of the best months of my life,” Udoh told me emphatically when I asked this initial question, which led me to ask about the source of this wonderful experience. This explanation and surrounding conversation comprised the remainder of our interview time, as we progressed on an overview of the difficulties, joys, and sorrows of being an artist, in her own words, as “weird” as Udoh.

In recounting her recent musical career she began by discussing her time as a recipient of the Wexner Center Residency Artist Award, which she spoke of in glowing terms. The Wex embraced Udoh for who she was, nothing more, nothing less, giving her confidence in herself and the art she wanted to make. Armed with this self-confidence and enthusiasm, she then went on to attempt to launch a career as an independent musician, and found the world did not accept the art she wanted to make. “It was just like 60 million doors slammed in my face.” When I asked why this occurred, she explained: “The reason why I’m not signed is because I am Black. No one will want to admit that, but it’s because I’m Black, and my version of Blackness isn’t what people are looking for. And I’m a girl and my version of femininity isn’t what people are looking for. And I’m gay and my version of homosexuality isn’t what people are looking for.” In addition to the adversity she encountered in getting signed by a record company, Udoh expressed anguish over the difficulties of overwork and excessive performing which further contributed to a decline in her physical health and capacity to take care of herself.

And then came the COVID shutdown. Everything went on pause. Performances, music companies, work. All gone. In the wake of this sudden silence, the deaths of George Floyd and Breonna Taylor set the nation ablaze. And it was in the midst of this dichotomous chaos and stillness that Udoh began to heal. At long last, she was given the space to breathe. She was given the space to think, to physically recuperate, to evaluate her own experiences; she was given the space to ask herself questions about her identity, art, and ultimately reinvent herself and grow out of the box in which she had been trapped. In the process of this repair, and in bearing witness to the bright fire burning in the nation around her, she gained new insight into the nature of self-improvement and self-questioning, and how we can drive ourselves to become better than the people we have been made to be. And that is what The Hips and the Booty Don’t Lie (October 20 and November 12 on this site) is all about. Derived from the often repeated experience of white people claiming to want “different” or “diverse” art and then rejecting Udoh’s own brand of different, the purpose of this project is to learn how to examine ourselves, and root out these instances of dishonesty, these moments of half-truths, this plague of words not immediately followed by action. As she said, “That’s what this project is about. Just getting to know yourself, because I just have encountered far too much dishonesty.”

Let us therefore take this opportunity and learn to self-examine how and why we think the way we do. Without self-examination there is stagnation, and it seems fair to say that many of us have forgotten or failed to learn the former and thus have fallen into a pattern of the latter. Let us, therefore, learn to become better than we were, better than we are, better than we ever thought we could be. Let us become the people Udoh wants us to be: people who act on what they believe, people who choose to ask themselves the hard questions, people who can look at themselves and say, “Who am I?” and immediately follow with the question: “Why?”

This selection is part of Writing about the Performing Arts at Ohio State, an interdisciplinary student-led seminar during the 2020-21 academic year. With guidance from Department of Dance Professor Karen Eliot and the Wexner Center’s Alana Ryder (Manager, Public and University Programs) and Lane Czaplinski (Director of Performing Arts), students with backgrounds in dance, economics, math, microbiology, political science, psychology, statistics, and beyond will serve as ambassadors and advocates for the arts. As a cohort, they will approach broad theoretical and philosophical issues behind contemporary performance as well as questions about the roles of arts critics and of arts criticism, especially in the era of COVID-19 and racial equity and social justice movements.

For more information, please email education@wexarts.org. Additional interviews and student writing will be presented online later in the academic year by Ohio State's Department of Dance. 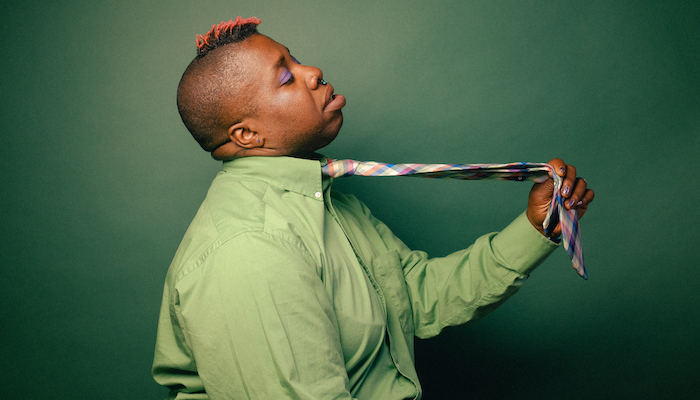 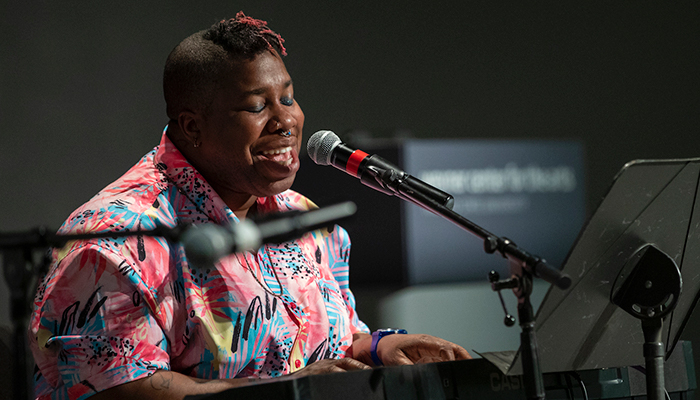 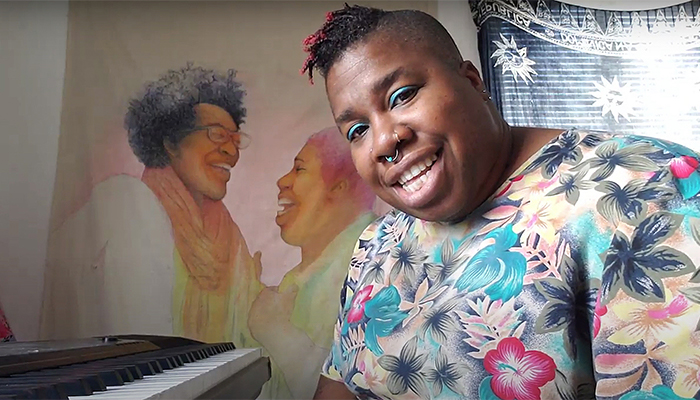 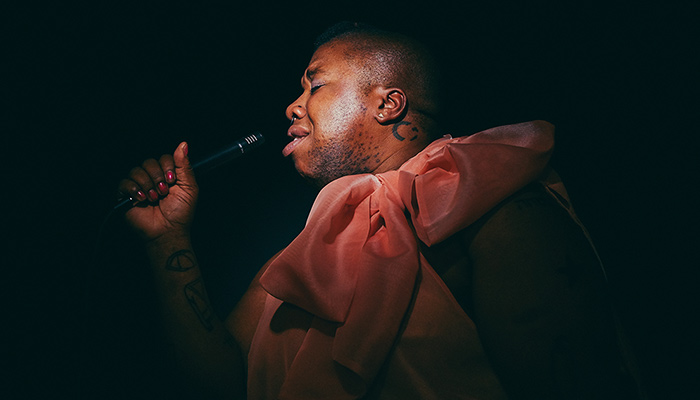