We're happy to share that two passionate cinema lovers are joining the staff of the Wex.

Rachael Barbash will be part of the Tech Services Group as the new projection operator and manager, assuming the role filled for 28 years by Bruce Bartoo. Rachael has just returned from her fifth Art House Convergence Conference in Park City, Utah, where she and her crew managed and operated all technical aspects of the discussions and screenings.

Rachael has honed her projectionist chops for many years with stints at multiplex cinemas, the Arena Grand, and Gateway Film Center.  She has also handled the projection booth logistics for the Cleveland International Film Festival, and is well versed in film and digital image formats and commercial theatre operations. Her passion for film is evident, in her longevity in the field and personal investment in the independent film community.  Rachael is an Ohio State alum, holding a degree in Fine Arts with an emphasis on photography. Outside of projection she’s been active as a still photographer, having shown work in galleries around the city and contributed to publications including 614 Magazine, Columbus Alive, and Dayton City Paper.  She’s been working with Bruce in the booth to get up to speed on our unique systems. Rachel officially becomes part of the team February 3.

Layla Muchnik-Benali will be joining the Film/Video Department as our new Curatorial Assistant.  She’s been working with us since January 6 in a part-time capacity and will transition to full-time in May after completing her MA in Art and Museum Education, with a specialization in Film Studies, at Ohio State. Layla’s research has centered upon postcolonial theory, microcinemas, and documentary studies.

Prior to arriving at Ohio State, Layla served in a number of positions at the Fabric Workshop in Philadelphia. She has also volunteered and interned at the Museum of Fine Arts, Boston and The Harvard Museum of Natural History. Layla received her BA in Art History at Skidmore College, and also attended the School of International Training in Morocco and the School of the Art Institute in Chicago.

Layla will work closely with both the screening program and the studio residency program, and we’re excited to see how her knowledge and perspective will contribute to the center’s work. 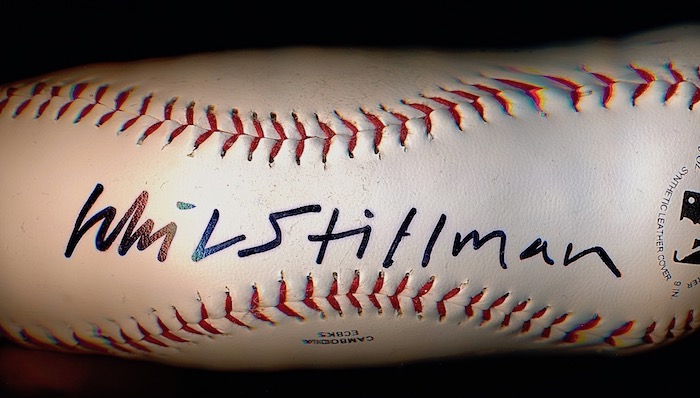