Free for all audiences (registration requested)

The short film—available to stream May 8–15 here courtesy of Vielmetter Los Angeles—was supported by a residency in the Wex’s Film/Video Studio. The conversation is free, but registration in advance is required.

Stanya Kahn—celebrated for her experimental videos that play with fiction, reality, humor, pathos, and the uncanny—premiered No Go Backs at the Wexner Center in January 2020 and visited in April 2018 to present Stand in the Stream (2011–17). The latter film incorporates a mass collection of footage all shot or captured live onscreen by the artist, tracing the arc of her activist mother’s declining health and death and her own role as a parent amid rapidly shifting digital and political landscapes.

Lucy I. Zimmerman has assisted in the organization and presentation of more than a dozen exhibitions at the Wexner Center since 2014. In addition to cocurating Mickalene Thomas: I Can’t See You Without Me in 2018, she curated Anita Witek: Clip, the Austrian artist’s first site-specific installation in the US. Zimmerman also curated the presentation of works by Stanya Kahn, Nicolás Guagnini, and Karin Schneider in The Box, the center’s free exhibition space for video. Prior to joining the Wex, she worked as a curatorial research assistant at the Cleveland Museum of Art and contributed to the exhibition catalogues The Last Days of Pompeii: Decadence, Apocalypse, Resurrection (2012); Van Gogh Repetitions (2013); and Painting the Modern Garden: Monet to Matisse (2015), among others.

Jennifer Lange joined the Wexner Center in 2001 and is curator of the nationally recognized Film/Video Studio, which offers in-kind postproduction support to approximately 20–30 filmmakers and video artists each year. Through the studio’s residency program, she has worked with hundreds of artists, including Shimon Attie, Phil Collins, Rineke Dijkstra, Sam Green, Josiah McElheny, Jennifer Reeder, Jennifer Reeves, and Deborah Stratman. She curated Sadie Benning: Suspended Animation (2007), the artist's first-ever solo museum exhibition, and Cruzamentos: Contemporary Art in Brazil (2014). In addition to leading the Film/Video Studio program, Lange curates monthly screenings in The Box and regularly serves on panels and juries for regional, national, and international arts and funding organizations. 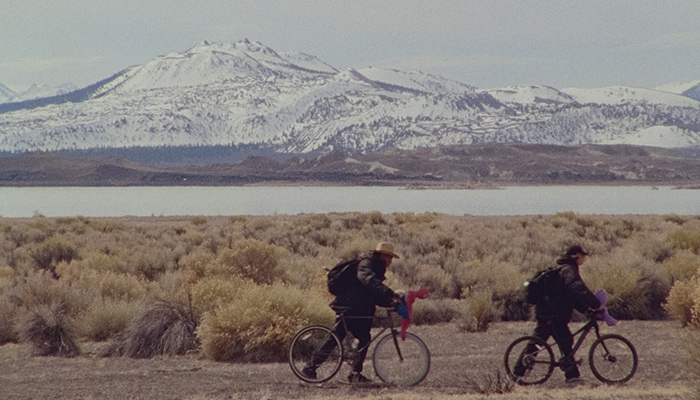 Free for all audiences (registration requested)