Last fall, filmmaker Rodney Evans returned to the Wexner Center to present the Columbus premiere of Vision Portraits, the feature doc he completed with support from the Film/Video Studio, as part of the 2019 Picture Lock program. Now, to commemorate the 30th anniversary of the adoption of the Americans with Disabilities Act, World Channel is making the film available to stream for free through August 29 with closed captioning and descriptive video options.

Prompted by Evans' own experience with a rare, degenerative eye disease, Vision Portraits shares his story alongside those of three other artists who've developed new ways to continue their artistic practice as they lose their sight: photographer John Dugdale, dancer Kayla Hamilton, and writer Ryan Knighton.

You can hear more about the film from Evans in this podcast recorded while he completed postproduction at the Wex and in his talk with Terry Gross for WHYY's Fresh Air. A link to the trailer for the film is at the bottom of this page.

Image courtesy of The Film Collaborative. 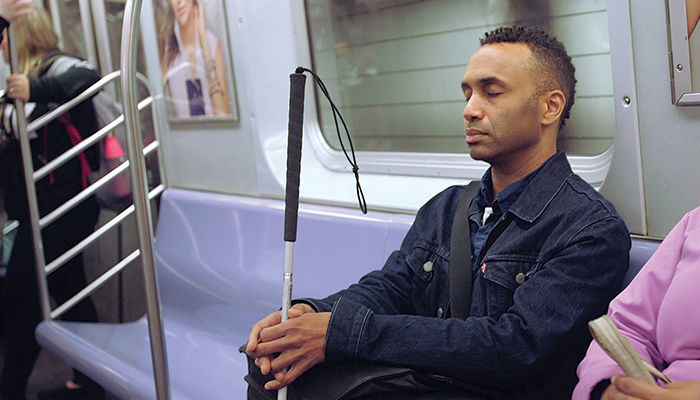